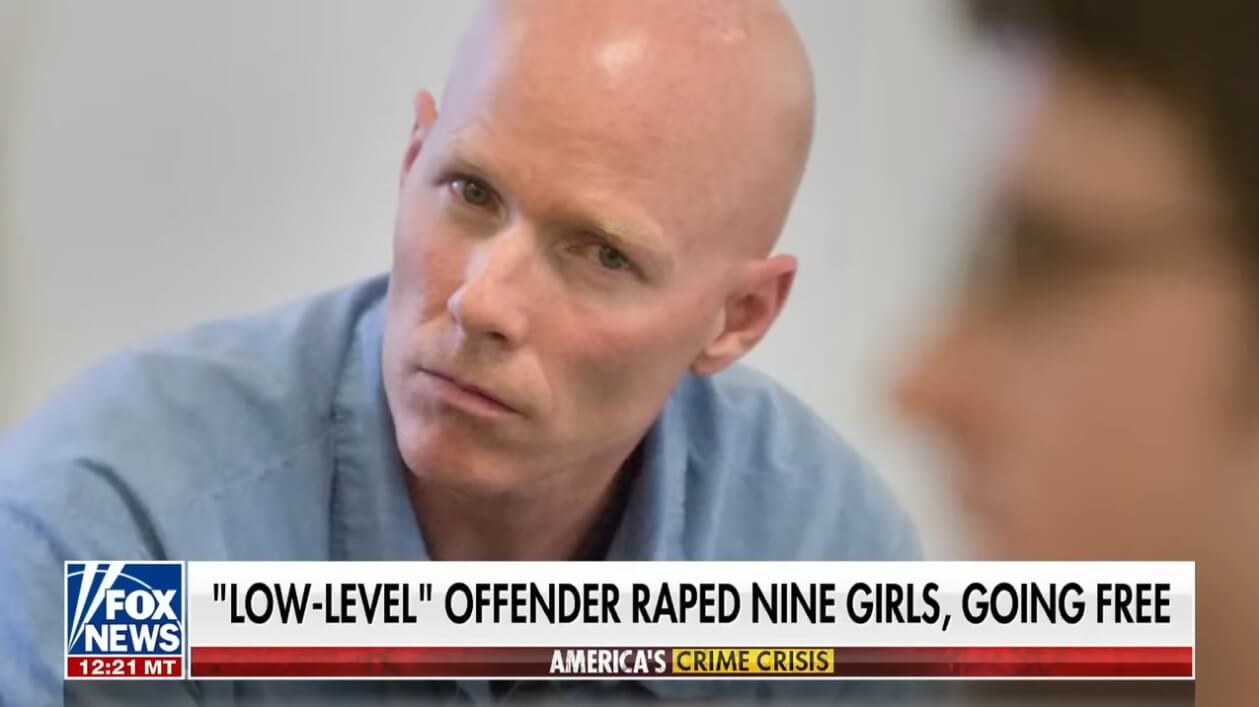 Tudor, Doell say that the Governor should issue immediate directive to Parole Board to administer emergency rulemaking, alternatively, Legislature should use December Legislative Days to fix the law.

Lake Oswego, OR. – Crime Victims of Oregon President Steve Doell and rape victims’ advocate Danielle Tudor called on Governor Kate Brown and the Oregon Legislature to protect the community in anticipation of Richard Gillmore, the Portland’s serial “Jogger Rapist” being release from prison in mid-December.

Gillmore, who raped Tudor in her childhood home, has been categorized as a low-level offender instead of a high-risk, serial rapist under Oregon’s Sex Offender Leveling Notification Program operated by the Oregon Board of Parole. His level-one status will allow him to return to the community undetected, his name and address not showing on the public sex offender registry.

“Governor Kate Brown has it in her immediate authority to protect Oregon women from a serial, predatory rapist whose past history of raping women and children makes it difficult to believe he won’t reoffend,” said Doell. “Under the original failed sex offender notification program, the legislature abdicated its authority to the Department of Corrections, and then later, the Parole Board, to create the program by administrative rule.  That means the Governor can direct her appointees to correct this problem immediately with an emergency, temporary rule that will reassess Richard Gillmore as a high-risk sex offender until the legislature can fix the program once and for all.”

Doell noted that prior to passage of House Bill 2549 in 2013, elected judges had the discretion of which sex offenders were of high enough risk that they should be placed on the public registry for community protection.  He said the three-tier program was poorly designed and has failed to keep the public safe.

Tudor was a teenager when Gillmore violently raped her.  She agreed with Doell that Governor Brown should call for emergency rulemaking, but believes Brown’s push for clemency of violent offenders and her support for Senate Bill 1008 which allows violent, juvenile rapists early release from prison, might make Brown difficult to convince.

“I’ve spent years working on trying to fix Oregon’s rape laws,” said Tudor. “And for a while, we had some success.  But Oregon has taken a serious step backwards on public safety, and it’s showing up in ways that have made the public and crime victims, particularly women and children, less safe.”

Tudor pointed to the legislature’s failure to fund corrections staff to clear the backlog of sex offenders who have not had a risk assessment.  Instead, the legislature voted in 2019 to extend for a third time the deadline for the Parole Board until 2026.

“It’s horrendous that the sex offender leveling program is flawed so badly that Richard Gillmore is being treated as a low-risk offender.  He admitted to raping nine people,” Tudor stated. “But equally as horrendous is that the state has had since 2013 to do the risk assessments and classify sex offenders to protect the public, and it’s failed to do so.  We don’t know the extent of how many people are unclassified, and how many are misclassified.  And since the legislature failed to fund their most recent extension of the program, we might not ever know, and that puts victims at a high risk.”

Tudor compared this backlog to the rape kit testing backlog that the legislature addressed and was later audited by the late Secretary of State Dennis Richardson.

“It wasn’t that long ago, there were elected officials that pushed hard to clear the rape kit backlog, which led to convictions of rapists who were otherwise living in our communities undetected,” said Tudor.  “It’s time to hold elected officials accountable for letting this program fail and kicking the can down the road for over a decade.”

Doell stated that the legislature would be meeting for legislative days in December and offered options for lawmakers to consider including Emergency Board funding for corrections staff to begin addressing the backlog of sex offender risk assessments or even calling the body into session to remove the authority of the program from unelected political appointees and restore it back to elected judges.

“There are plenty of ways to address this program, but it was doomed to fail to begin with and it’s time to retore this authority back to judges, or at a minimum, reassess how risk levels are considered, and then properly fund the program,” Doell said. “When the legislature meets in December, it’s within their power to protect victims like Danielle, and the rest of the public, from violent rapists like Richard Gillmore.”

Doell shared that the recent push by gubernatorial candidate Tina Kotek and some Portland-area lawmakers to reduce sentencing for violent offenders, including an alleged juvenile rapist who is charged with raping and murdering a 13-year old Beaverton girl, has pushed Crime Victims United to reopen its political action committee.

“Voters can’t count on the fact that Governor Brown and the current legislature will protect victims.  It’s in the hands of voters right now to elect a new governor and lawmakers who will fund public safety and prioritize victims’ rights over criminals,” Doell said.

A full list of Crime Victims United endorsed candidates for the upcoming election on November 8th can be found at www.crimevictimsunited.org.

Gillmore is set to be released from prison in mid-December.  Tudor hopes lawmakers, candidates, and the public are paying attention. “Having this man released back into our communities, to move into our neighborhoods undetected, is unimaginable.”