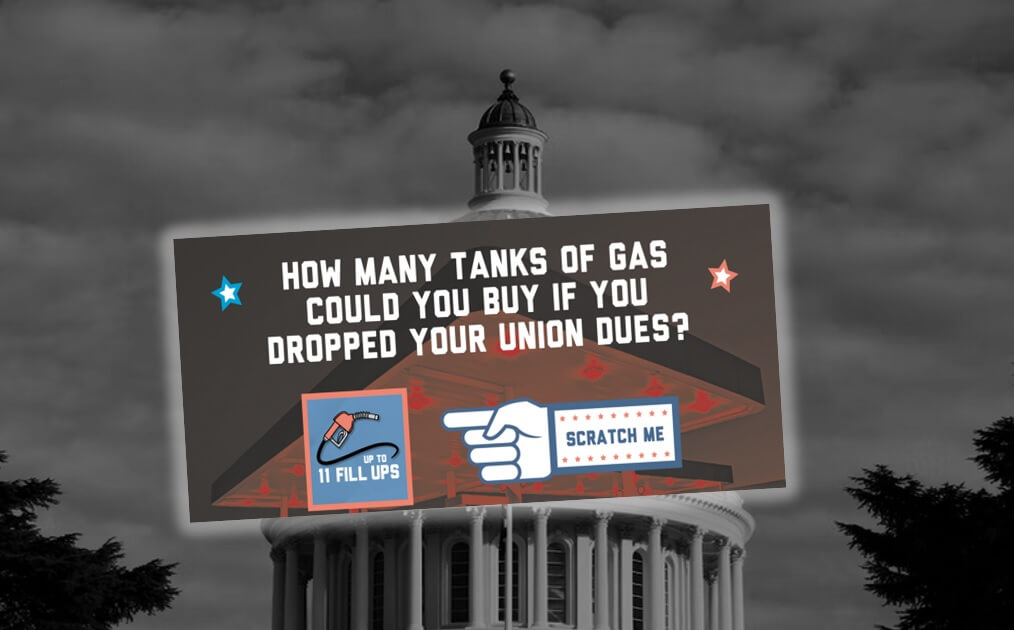 California public-sector unions had a record-breaking week last week — just not in the way they wanted.

In fact, the 450 government employees who opted out of their unions during the first week of October represented the largest number for any state since the U.S. Supreme Court in 2018 banned mandatory membership and dues.

Union membership rolls in California have been depleted by tens of thousands of workers since the court’s ruling in Janus v. AFSCME, but the recent surge can be credited to a couple of unique direct-mail pieces created by the Freedom Foundation and delivered to public employees up and down the Golden State.

The first was a nondescript card with a survey inviting recipients to share their opinions of their union and how it spends their money.

At the end of the questionnaire, workers were told that if they are unhappy with how their dues were being used they could use the attached form to opt out.

Not only did hundreds of workers respond by doing just that, but the Freedom Foundation outreach team also harvested a significant amount of intelligence from the survey results that can help us better understand what is most important to California public workers and guide our campaigns in the future.

The second — and arguably the most successful direct mail piece we’ve sent all year — was a small, colorful postcard with scratch-off components. Like a lottery scratch ticket, the interactive mailer invited recipients to rub away metallic metal foil to reveal the message underneath.

The payoff was a number indicating how many times they could fill up their fuel tank if they could spend their annual union dues on gas instead of letting their union take it for its own purposes.

Workers were then encouraged to scan a QR code that took them directly to a custom letter for them to send to their union bosses canceling their membership.

We are incredibly encouraged by these continuously growing results out of California, and with the holidays historically being our best performing time of year, we are confident we will be seeing more record-breaking weeks ahead.