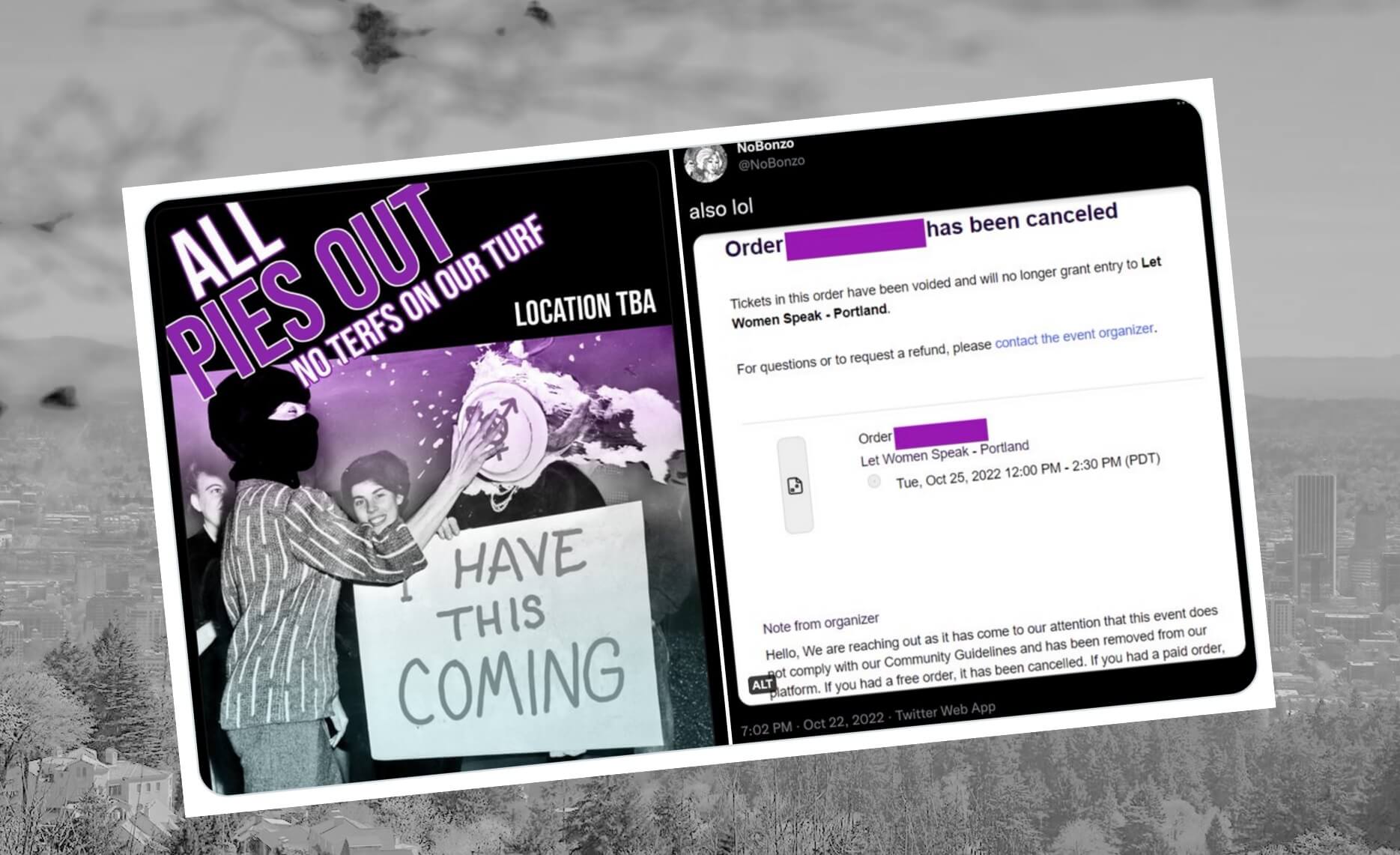 Portland anarchists and Antifa are protesting a local speaking from coming to Portland.  They have successfully pressured the speaker into canceling their event. One of the tactics they have called for is to attack supporters in different ways which include slamming pies into people’s faces.

#Antifa in Portland released a flyer for their direct action to encourage assaults on @StandingforXX women's rights event. They accuse the women of being "genocidal" against trans. They also got @eventbrite to cancel tickets for the tour. https://t.co/ekF6vr5UfK pic.twitter.com/4xhtk8Xvev