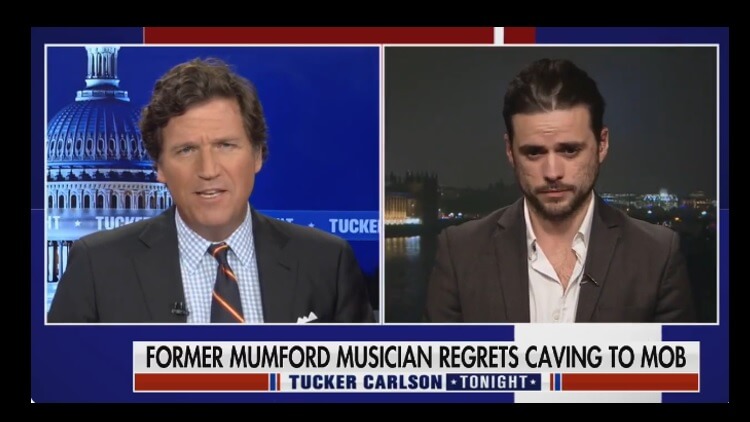 Former award-winning musician, Winston Marshall of the music band Mumsford and Sons, goes on Tucker Carlson to talk about his journey.  For daring to Tweet about his like of Oregon journalist Andy Ngo (who exposes anarchists, Antifa, rioters) and Ngo’s book, Unmasked.  Marshall was soon attacked by a cancel and censor campaign against him.  He left the band and has decided to stand by his convictions.  The interview is below:

The extremely brave @MrWinMarshall shared on @TuckerCarlson why he withdrew an apology he wrote for reading my book about Antifa. He paid a heavy price for standing by his convictions. https://t.co/qIKc1MHbF6 pic.twitter.com/ZiPtKu4pSu