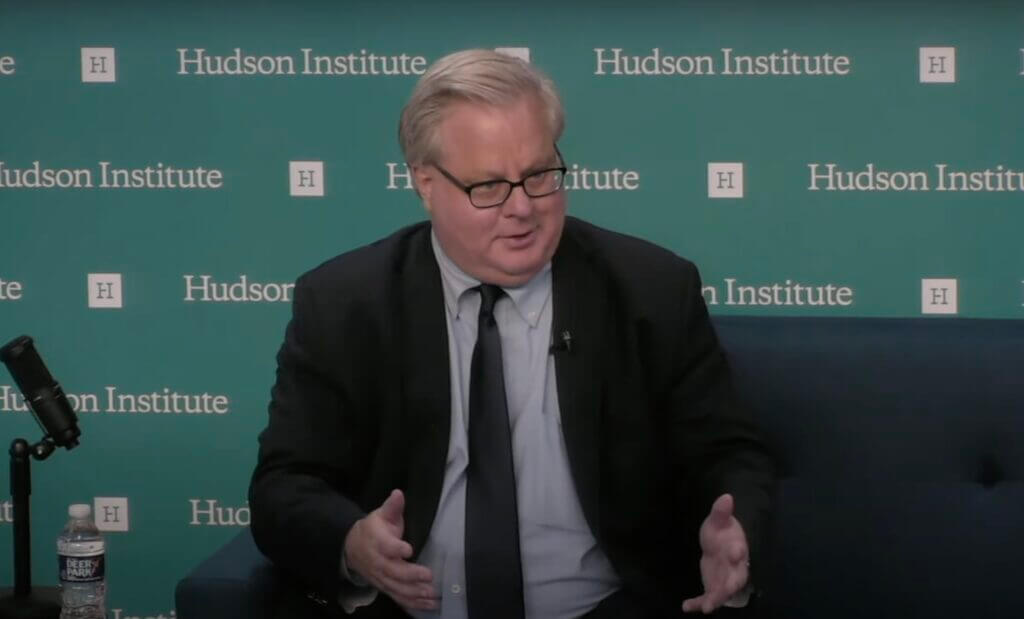 I’ve long advocated reading more books by authors you expect you’ll disagree with than those you expect to reinforce your worldview. I know that’s hard for most people, but I bet many Oregon Catalyst readers would enjoy reading Michael Lind.

A reporter for high-brow magazines for many years, Lind is ensconced as a professor of public policy at the University of Texas. He is a fierce advocate of left-wing economics, and yet he’s a skeptic of progressives themselves.

Lind is basically a throwback to the New Deal Democratic Party before it turned green. He is thus an advocate of blue-collar interest in opposition to America’s not-so-conservative upper class.

For this reason, I suspect many lingering Trump supporters out there would like the ideological mix Lind concocts. In many ways, the advent of Trump reflects a movement to the left on economics within the Republican Party masked as a rejection of knowledge workers and their expertise.

Who that still dons a MAGA hat would disagree with this observation from Lind’s latest book, The New Class War?

On a map of the United States color-coded by party, big cities and university towns and a few regions with large immigrant and racial minority populations are a chain of Democratic islands in a Republican ocean. Similar patterns appear on maps of voting for Brexit in the UK and elections in continental Europe.

Looking at these maps, it is easy to see why scholars and journalists refer to the “urban-rural divide.” But this is misleading. Farm owners and farmworkers make up only a tiny sliver of the population in the typical Western democracy. Most voters in Europe and North America today live in broadly defined metro areas or small communities on their periphery. In the case of partisanship, the most important border is not between city and countryside, but between expensive, high-density urban business districts and inner suburbs on the one hand and, on the other, low-density suburbs and exurbs.

Rather than use the terms “city” and “countryside,” we can describe the high-density areas as “hubs” and the low-density areas around and between the hubs as “heartlands.”

The hubs and heartlands are distinguished not only by population density but also by different economic sectors. In the hubs, home to most of the managerial overclass, we see two primary sectors: high-end business and professional services, and luxury services. In the heartlands, we find two other sectors: goods production and what can be described as “mass services.”

The high-end business and professional services concentrated in the hubs, which Saskia Sassen has called “global cities,” such as New York and London, include software, finance, insurance, accounting, marketing, advertising, consulting, and others whose clients are often corporations, including global corporations managing supply chains in many countries. No matter where they are born, professionals and managers often move to pursue their careers in major hub cities that specialize in particular producer services—software in San Francisco and the Bay Area, finance in New York and London and Frankfurt.

Wow! “managerial overclass” Lind can lick you with locutions. Like anyone on the left, Lind prefers socio-economic equality. But he also distains the urban hubs as cesspools of inequality. Rather than look down on America’s heartland, Lind idealized it for its solidarity.

Meanwhile, in the vast areas of low-density, low-rise residential and commercial zones around and among the hierarchical hubs, a radically different society has evolved. In the national heartlands, apart from expensive rural resort areas, there are fewer rich households and therefore fewer working poor employed by the rich as servants and luxury service providers.

This leads to a lucid description of trans-Western partisan politics.

In short, the hub-heartland divide that is reshaping politics on both sides of the Atlantic is the geographic manifestation of a class divide. Partisan geographic differences tend to be proxies for class conflicts, with the interests of hub city overclasses and heartland working classes colliding when it comes to environmental policies, trade, immigration, and values.

I think he’s on to something. I don’t think the heartland’s prevalent views on trade and immigration policy actually serve its interests, but this book nicely categorizes today’s political dynamics better than most books devoted to this subject.

Go ahead, imbibe another passage of Lind’s fine prose style:

Overall, the shift of the center of gravity from local chapter-based membership associations and church congregations to foundations, foundation-funded nonprofits, and universities represents a transfer of civic and cultural influence away from ordinary people upward to the managerial elite. Many of today’s so-called community organizations are not so much grass roots as AstroTurf (an artificial grass). A contemporary “community activist” is likely to be a university graduate and likely as well to be rich or supported by affluent overclass parents, because of the reliance of nonprofits on unpaid interns and staffers with low salaries. Success in the nonprofit sector frequently depends not on mobilizing ordinary citizens but on getting grants from the program officers of a small number of billionaire-endowed foundations in a few big cities, many of them named for old or new business tycoons, like Ford, Rockefeller, Gates, and Bloomberg. Such “community activists” have more in common with nineteenth-century missionaries sent out to save the “natives” from themselves than with the members of local communities who headed local chapters of national volunteer federations in the past.

If you have never read a book by an author that rejects free-market economics, give it a go with Michael Lind. You might be surprised by how much you agree with him.