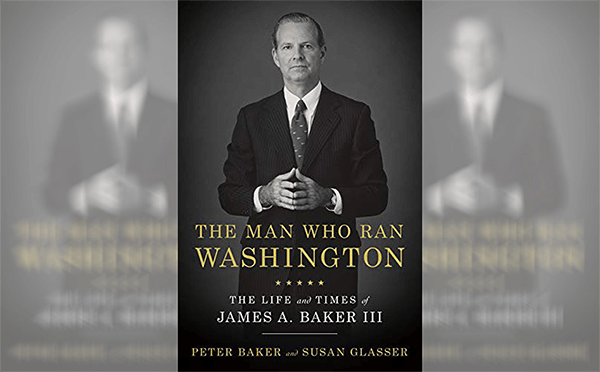 If you get a chance, read Peter Baker’s biography of James Baker, titled The Man Who Ran Washington. When contrasting the events in this book, it seemingly hearkens back to an old republic, long ago in a galaxy far away. Here are two anecdotes of presidential elections, one from the general election in 1976, the other from the Republican primary in 1980.

First, James Baker ran Gerald Ford’s campaign against Jimmy Carter in 1976. In contrast to today, when the GOP is known as the party that doesn’t concede, even when all legal avenues of a recount have been exhausted, the Ford campaign thought of the secondary effects of contesting an election.

Ford had staged a remarkable comeback. From 33 percentage points down, he had closed the gap to finish the election with 48 percent of the popular vote to 50 percent for Carter. In the Electoral College, it was even closer—if a little more than nine thousand voters in Ohio and Hawaii had gone the other way, it would have flipped those two states and kept the presidency in Ford’s hands.

There were enough irregularities that Ford briefly contemplated seeking recounts in close states. But since he had lost the popular vote nationally, “it would be very hard for me to govern if I won the presidency in the Electoral College through a recount,” Ford told his team.

Baker, for one, agreed. “He was right, of course,” Baker said. Ford conceded.

In the other reminiscence, Baker managed George H.W. Bush’s unsuccessful presidential campaign in 1980. It was Oregon’s vote for Reagan that convinced the Bush campaign to close shop.

Bush did go on to beat Reagan in Pennsylvania on April 22 and came close in Texas, but as predicted, Reagan then racked up a string of victories. Baker commissioned a twenty-page memo dated May 1 and titled “Assessing the Value of Campaign Survival Until the Republican Convention,” which listed the advantages and disadvantages of staying in. “Bush’s major objectives are best met by remaining an active candidate until the convention” as long as he focused on Carter and didn’t tear down Reagan, the memo concluded. “One Bush objective perhaps threatened by his campaign’s longevity is the Vice Presidential nomination, but there is also no good evidence that his chances are actually improved by his campaign’s demise.” Staying in, the memo argued, would preserve Bush’s visibility and allow him to “lay claim to future leadership” in the party.

Even so, Baker was coming under pressure from Bush allies to press the candidate to call it quits. “I have never wanted to discourage him, so I have not raised the question of withdrawing to George,” Representative Bill Frenzel of Minnesota wrote Baker on May 14. “However, it’s time for you, or somebody, to do so. In my judgement [sic], we are well past the time when we are able to do him any good.” It was hard to argue with the math. By the campaign’s count, Reagan had secured 870 delegates to 272 for Bush. A memo sent to Baker predicted Reagan would have enough to clinch the nomination before the big June 3 primaries in California, Ohio, and New Jersey.

It turned out not to take even that long. On May 20, the day after the memo, Bush prevailed in Michigan, a big state and a big win. But even as he and his team celebrated, ABC News and CBS News focused on Reagan’s victory that same night in Oregon, reporting that it would put him over the top for the nomination. That may have been premature. There were a dozen contests left and different counts had Reagan still a bit short, but Baker could read a map and an accounting ledger.

In contrast, today’s losing primary candidates tend to run their campaigns beyond the point where continuing makes sense. Another contrast is that I don’t recall an election since 1980 where Oregon’s primary was decisive to the outcome.