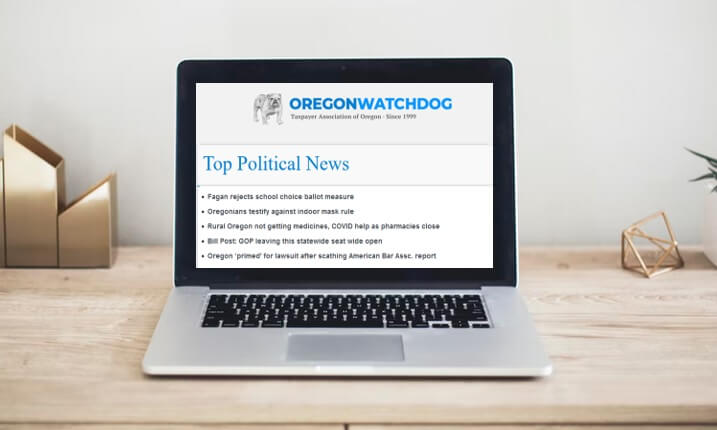 An online attack in the form of a Denial-of-Service hit the Taxpayers Association of Oregon’s website, OregonWatchdog.com, yesterday and forced it offline.  It was the type of attack that the server company had to call up extra help to address.   We ourselves noticed that this attack came at the same time as another conservative website was taken down for similar reasons.  It also came during the week where Taxpayers Association put out a mailing about the site.   Coincidence?  Maybe.  It is hard to tell.

Because OregonWatchdog has been around for 22 years (before The Portland Tribune existed … even before Facebook or Twitter) and by default becomes the online face of the fiscal conservative movement and all things opposition to the current liberal leadership of Kate & Kotek.  We become a target.

We apologize for the site being down yesterday.  Please know if you see the site down in the future it is only temporary — OregonWatchdog is not going anywhere.