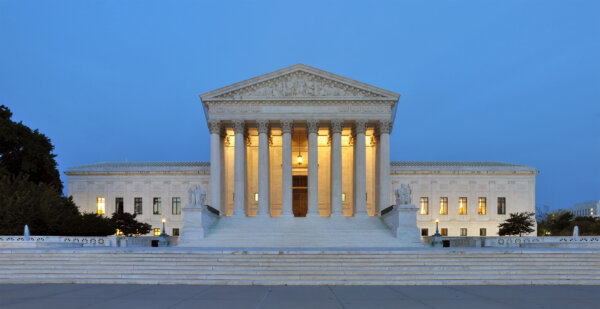 (WASHINGTON, D.C.) — The U.S. Supreme Court will begin the New Year by considering whether to hear arguments in several lawsuits involving government employee unions committing forgery in order to continue deducting dues dollars from workers’ paychecks against their will.

In 2018, the U.S. Supreme Court issued a landmark ruling in Janus v. AFSCME that — like its predecessor, Harris v. Quinn, four years earlier — was intended to allow government employees to freely opt out of union membership and dues.

And hundreds of thousands responded by doing just that.

But all too often, their freedom came only after a protracted fight against the unions, the public agencies for which the workers were employed, the states deducting dues on the unions’ behalf and, most disturbingly of all, lower court rulings tailored to safeguard a powerful special interest at the expense of the Constitutional principles on which Janus and Harris were decided.

That could change if the justices agree to consider appeals filed on Dec. 19. The Freedom Foundation, a national public policy watchdog specializing in public-sector union abuses, filed a trio of petitions illustrating how far the unions will go to avoid compliance and how loosely the rulings are being interpreted by those responsible for enforcing the court’s clear intent.

The court is set to consider two of these cases during its Jan. 20, 2023, conference.

In all three cases, dues continued to be deducted from the plaintiffs’ paychecks long after they requested to opt out because the union claimed they had signed a membership form stipulating they could only leave during a two-week annual window.

In fact, none of the workers had signed any such authorization and, when the unions were forced to provide documentation, each turned out to be a crude forgery.

In the first case, Cindy Ochoa, a Spokane, Wash., homecare provider argues the state must, but completely failed to, provide procedural due process protections before twice taking her lawfully earned wages and giving the money to Service Employees International Union (SEIU) 775, which represents Medicaid-reimbursed caregivers in Washington.

Ochoa opted out of SEIU 775 shortly after the U.S. Supreme Court’s 2014 ruling in Harris struck down mandatory dues and fees for Medicaid-reimbursed caregivers and childcare providers.

By 2017, however, the union began garnishing her checks again. It turns out one of SEIU 775’s arm-twisters had paid Ochoa a visit a year before to coerce her back into the fold.

Once again, she refused to sign. Unfazed, the union rep simply forged her signature on a membership card and submitted it.

SEIU 775 never scrutinized the document, nor did the state of Washington, which dutifully began deducting dues once again.

Under well-established First Amendment law, diverting a percentage of Ochoa’s wages to the union — whose actions, by their very nature, are highly political — amounts to compelled speech, causing Ochoa irreparable harm.

The other two cases — Zielinski v. SEIU 503 and Wright v. SEIU 503 — were combined because both involve Oregon government employees who sought to opt out of the state’s largest public-sector union only to be turned down on the basis of what turned out, again, to be forged signatures on their respective membership agreements.In each case, SEIU 503 agreed to terminate the worker’s membership but continued deducting dues. Shockingly, the 9th Circuit Court of Appeals saw no problem with this arrangement.

Its ruling absolved the state of blame, reasoning that it relied on information provided by the union to determine whose paycheck to deduct dues from. But the court also concluded SEIU 503 couldn’t be sanctioned because it isn’t a “state actor.”

“In essence, the 9th Circuit is encouraging the unions to go right on forging people’s signatures and confiscating their money under false pretenses,” said Rebekah Millard, an attorney with the Freedom Foundation, which is representing the plaintiffs in all three appeals.

Not that they needed much encouragement. Millard said the Freedom Foundation has litigated at least a dozen cases in California, Oregon and Washington in which an employee’s dues-authorization has been falsified.

“In the wake of both Harris and Janus, government employee unions began looking for ways to prevent millions of members all over the country from opting out,” she noted. “When we see similar unions in similar situations all resorting to the same criminal behavior, it’s no coincidence. It’s a conscious, calculated pattern, and it shows just how desperate they are.”