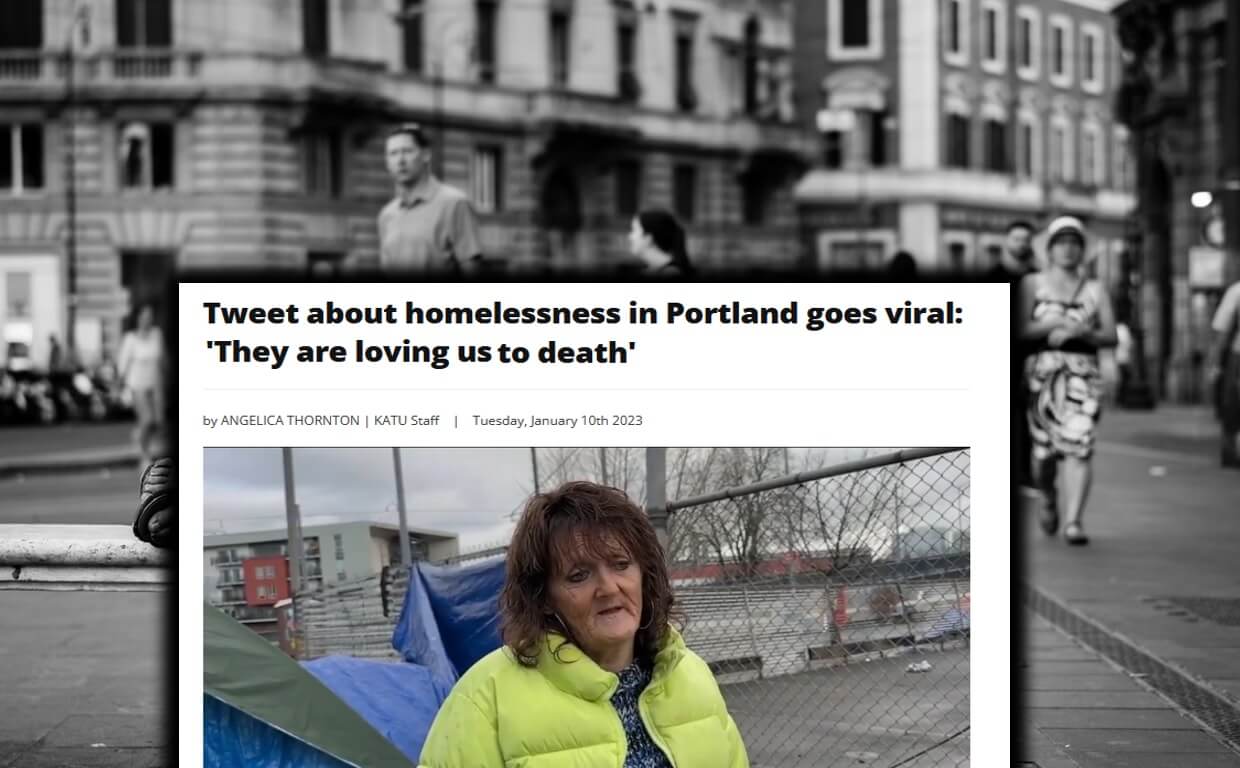 The story about a homeless woman who said some bold statements has gone viral, with at least 8 million views online.  She said that being homeless meant getting free stuff all day then getting high for the rest.  She said Portland was loving homeless people to death.

KATU-TV Tracked her down, where she walked back her previous statements, “Wendy told us it had been misinterpreted as her personal experience rather than her hyperbolic observation of what’s happening all around her: people are doing whatever they want, whenever they want, and no one is stopping them. Wendy said she doesn’t get high all day and have fun, and of course, homelessness is hard.”You get to the point where you’re tired of being outside. You’re tired of being cold,” said Wendy. “Last night, I couldn’t get this tent up for nothing. I couldn’t get it to sit up. So I finally went back into this piece of crap and covered up and just prayed to God I’d wake up in the morning because it was really cold last night.”

KATU-TV also interviewed the man who shot the original video. His statement was enlightening:

“Not just Wendy, but multiple homeless have said that the system is ‘loving us to death,” said Dahlgren. “They hate the idea that they’re being enabled. They may not say no to it, but they still don’t like it. What they want is to be empowered. They want responsibility. They want accountability.” Dahlgren says the homeless people he meets are sick of trail mix, toothbrushes and disaster blankets; they want real help. “Just before you got here, I went in a two-block radius. I counted 84 camps within two blocks. Completely unacceptable,” said Dahlgren. “This is a humanitarian crisis. Why aren’t outreach workers out here 24/7, seven days a week, solving this? Where are they? That’s what I’m asking.”As we interviewed Dahlgren and Wendy, we had to pause several times. There were people in crisis all around us: a man throwing a soda bottle at us, another man screaming in the background and slamming a skateboard into the street. A woman sat in a nearby doorway, coughing violently and pulling clumps of hair from her head. One of Wendy’s friends walked up and asked her for a cigarette. He had open and possibly infected wounds covering his face.

Watch the KATU-TV video for more.