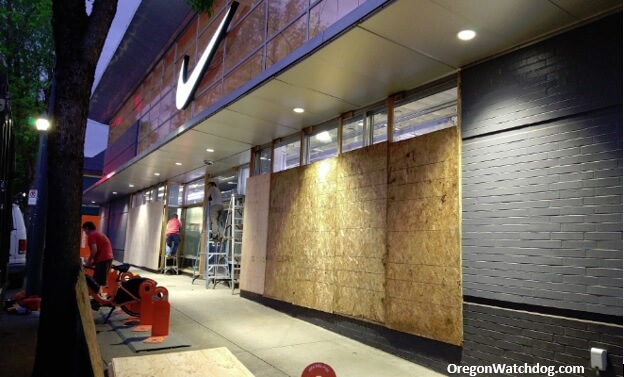 When the NIKE opened a big store in the heart of Portland’s urban community on MLK Street it was hailed as a break-through shinning light investment in a struggling neighborhood.

The store closed suddenly — with no details on a possible re-opening.   Police data show that at least 276 sop-lifting incidences happened in that store.   That includes just known or suspected shoplifting.  If you include a little more for unknown you are looking at a theft-a-day average for the store.

At the same time, NIKE is closing its well-known Seattle store on Pike Street due to increased crime.

The photo above is when the store was hit severely by anarchist rioters in 2021.   Around the same time, rioters also smashed up a Boys and Girls club nearby (and a police station of course).

Retail sales nationwide are down, while crime in Portland is up.   You can’t run a business like that.

By the way, he is another NIKE store in 2021 in Downtown Portland. 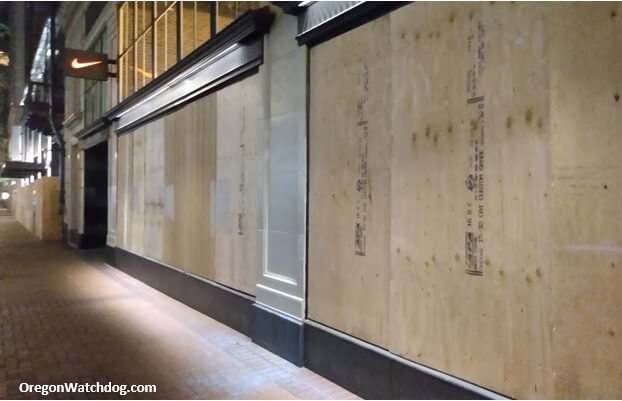