A straw poll of over 335 Oregon taxpayer activist voters were asked whether Oregon should adopt an Arizona-type immigration policy. In one of the highest levels of support on any issue presented in our straw polls to date, the voters overwhelmingly said “yes”.  (318 yes, 17 no) 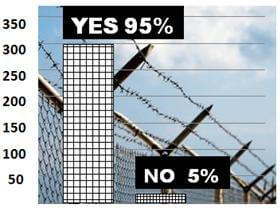 How likely are we to see some of these changes in Oregon? Well, Representative Kim Thatcher, for one, has several bills that she is sponsoring to effect some change. The opposition to her bills see them as “legislation that mirrors the extreme policies of Arizona’s SB1070“. She sees them as part of the “heavy lifting” that needs to get done this year.

Among the bills sponsored by Rep. Kim Thatcher, are:

HB2802 which let’s law enforcement check immigration status if criminal activity is suspected and implements other provisions similar to the Arizona Law.

HB 2805 which denies state benefits, licenses and other programs to those without legal presence, and

HB2806 which would required public and private employers to use e-verify to confirm legal status.