I got so many emails from readers who loved the Keynes vs. Hayek “Boom and the Bust” rap video last week, here is the sequel:

These econ talk videos come from econstories.tv and are produced by Russ Roberts an economist at George Mason University who also blogs on the influential Caféhayek.com and produces a podcast series called econtalk.

Outside the small social circles of economists, I’m not sure Hayek will become a recognizable name beyond Salma Hayek. 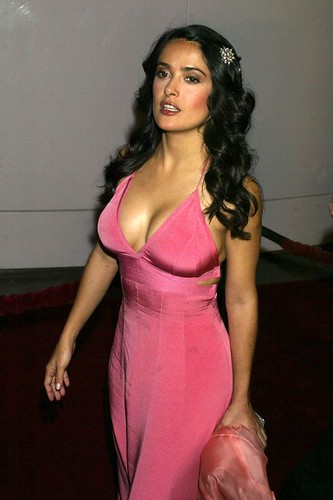 But he is certainly all the rage among young graduate students today. Having won the Nobel Prize in 1974, Hayek is not new, but like Ron Paul and Students for Liberty, F.A. Hayek is the fresh new face on university campuses. That is the spirit of irony in these videos. Despite the empirical confirmation of Hayek’s ideas, Keynes remains popular among politicians for the blessings he bestowed on their favorite past time: spending other people’s money.

These videos were largely inspired by the major breakthrough in macroeconomic research that has taken place in just the past five years allowing us to actually calculate the Keynesian spending multiplier rather than assume a number to plug into a model, deducing its results. If you listen closely to the lyrics of these videos, you also find in Roberts a perspective that sees the Monetarism of Milton Friedman that still dominates the academy today as merely an extension of Keynes rather than a successor. This was also the take of Nicholas Wapshott’s book Keynes Hayek: the clash that defined modern economics. 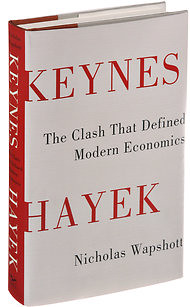 Starting in 2007 the work began to emerge of Valery Ramey of UCSD, Robert Barro of Harvard, Christina Romer, and her husband David Romer (with whom she collaborates). Probably the most comprehensive in scope is the work of Ramey. Take a look at her latest NBER paper that breaks down the role stimulus spending has in public sector job growth at the expense of the rest of the economy. The thrust of mainstream macroeconomics has climbed to the top of an Alpine mountain only to find Friedrich Hayek lounging in lederhosen yodeling from the Austrian border.