Today is Memorial Day. As a Vietnam vet (that’s me in the photo), on Memorial Day I stop and remember my fellow soldiers and pilots who served with honor, but never came home—all were young and most never had families of their own. [For my brief YouTube message on Memorial Day and remembering our fallen war heroes please click here.]

When I left for Vietnam, I had my son, Scott. He was just a toddler then. Now he has teenagers of his own. I was one of the lucky ones. I remember the soldiers and pilots who were fathers and left their sons and daughters forever—children who were too young to remember their dads. For them freedom was certainly not free. The price for them was paid with blood.

Wars are declared by elderly statesmen in grand Capitols; they are fought by young soldiers in muddy jungles and blistering deserts. When I remember such soldiers, I’m reminded of Tennyson’s poetic verse,

Theirs not to make reply,

Theirs not to reason why,

Theirs but to do and die:

Like the soldiers in Alfred, Lord Tennyson’s poem, the men and women in our armed forces leave their homes, accept their responsibilities as Americans and do their duty. On Memorial Day we remember and honor those who gave their lives in the service of our state and nation. More than 5,800 Oregonians have died in combat since Oregon’s statehood in 1859. These are Oregon’s fallen heroes, and they must never be forgotten. 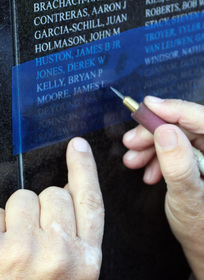 Memorials have been erected in many Oregon cities and towns…some large, some small, and all of them invite their visitors to spend a few minutes in humble silence, honoring neighbors, friends and family members who died in distant lands fighting battles over which they had no control. Southern Oregon has a war memorial to honor Oregon’s soldiers, sailors and seamen and women, and pilots who made the ultimate sacrifice. It’s called the Oregon Fallen War Heroes Memorial and we created it to ensure every one of Oregon’s fallen heroes is remembered and recognized by name — every one is an individual who is dearly missed by family, friends and fellow citizens.

In 2008, when we constructed the war memorial in Central Point, I had the honor to pen the words that now are engraved on the entryway plaque:

“We honor for their valor the men and women whose names are engraved on these monuments. They made the ultimate sacrifice. They must never be forgotten. We also honor the heroes who survived combat and returned home with wounded bodies, hearts and minds – many with pain hidden deep within their souls – the unsung heroes, who by the grace of God, lived to fight another day. “

Over the past decade, Oregon has repeatedly deployed members of the Oregon National Guard to Iraq and Afghanistan. The wounds from these sustained deployments have never healed. Nearly 20% of Oregon’s soldiers deployed to Iraq in 2009-10 remain unemployed three years later.

The mental health needs of our veterans are significant. Nationally, veteran suicides are eleven times higher than our combined combat deaths since 9-11; nearly 73,000 veterans have taken their own lives, including veterans from Oregon.

As a veteran, I’m proud to co-sponsor a bill here in the Oregon legislature that would enable Oregon voters to help our state’s mentally and physically wounded vets and their families.  House Joint Resolution 29, the Oregon Veteran’s Lottery Bill, would enable voters to permanently dedicate 5% of net Lottery proceeds to veterans programs, including healthcare, mental health, housing, employment, education, and it would help veterans and their families access benefits they are eligible to receive. Further, it would help fund county and campus veterans services officers (VSO’s). These VSO’s help connect veterans to their federal benefits.

At 5%, HJR 29 would generate $26 million out of a $1.1 billion biennial State Lottery Fund. This is significantly less money than voters approved to give to parks and fish habitat.

According to the Veterans Benefits Administration, only about 150,000 of Oregon’s possible 327,000 veterans have been connected with benefits.  Most vets do their duty, return home and don’t expect any special treatment. Others aren’t so lucky and need our support, encouragement and help.

Currently, HJR 29 has been vitiated by amendment and languishes in the legislature’s budget committee. Even though the original bill was supported by a majority of both House and Senate members, the Democratic leaders have expressed no interest in moving it forward.

Failing to fund veterans’ legislation is not new. In recent sessions more than $4 million of policy bills to help veterans died in the budget committee. Oregon’s General and Lottery Funds total more than $16 billion, yet the Legislature refused to approve $4 million to help Oregon’s 327,000 veterans. Conversations about education, public safety, and healthcare are all important, but they should not be allowed to overshadow the debt Oregon owes to our veterans.  Our vets don’t ask for much, and the need is great,

Frustrated by the pigeon-holing of HJR 29, the bill’s chief sponsor, State Representative Julie Parrish (House District 37-West Linn), is now gathering signatures on Initiative Petitions to place it on the 2014 ballot. One way or another, our vets deserve adequate and dedicated funding for their health, housing and educational benefits, especially those vets who return home with wounded bodies and minds.

In closing, Memorial Day is a day for each of us to stop and remember.  Wherever you live, I hope you will make time today to spend a few minutes at a cemetery, a war memorial or just in a quiet place and remember.  Remember Oregon’s fallen war heroes who gave their lives for the cause of freedom. Remember those who served and returned home with wounds hidden deep in their souls.  Let us all remember…we drink from wells we did not dig.

If you would like to receive updated information on Veterans and other important issues, click here and check the box for Veterans Affairs. 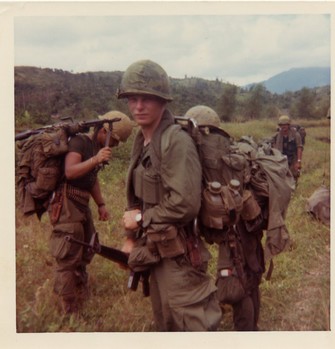