President Ronald Reagan had a placard in his office with the words “It CAN Be Done.”  Many inside and outside of Oregon are looking at our U.S. Senate race and first asking, “Can it be done?” – can Democrat incumbent Jeff Merkley be beaten? The answer is a Reaganesque, “It CAN Be Done.” 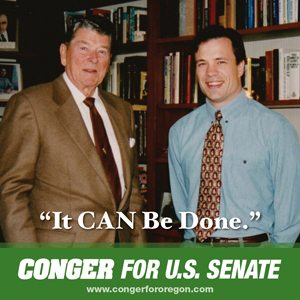 This is a winnable race, but Republicans must choose the right candidate. We cannot afford to nominate another first-time millionaire candidate, prone to gaffes, who the Democrats will exploit as “out of touch”. We need a battle-tested, full-service Republican who can unite Republicans, while appealing to working class Oregonians. We need a new kind of Republican whose personal background allows him to connect with swing voters and the working people of Oregon. That Republican is Jason Conger, a two-term legislator who’s won twice in a district that’s a microcosm of Oregon.

In 2010, the last non-presidential year with a competitive statewide race, Republican Chris Dudley lost by only 22,238 votes. Even then, Dudley was a political newcomer who made rookie mistakes, under-performed in 8 counties compared to recent statewide Republican candidates and failed to energize key parts of the GOP base.

I am proud to announce the following Oregon elected officials have officially declared their endorsement for this campaign: 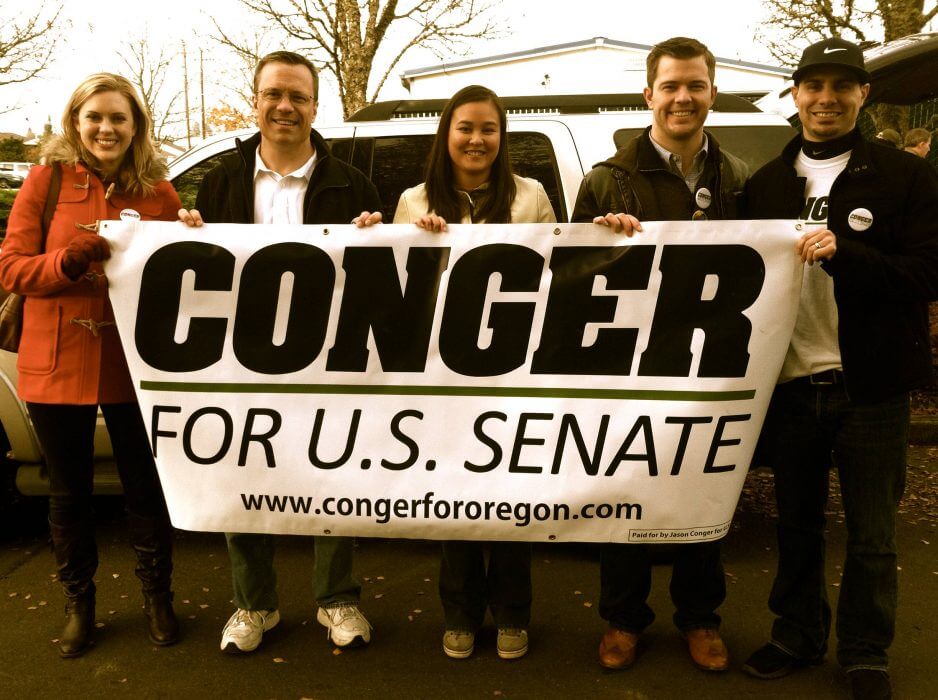 From homeless to Harvard and on to the Oregon House, I know what it is like to struggle to put food on the table, and I will stand up for all Oregonians, not just the privileged and well connected. As our United States Senator, I will fight for the middle class and for greater opportunities for Oregonians – just like I have in the State Legislature.

At the conclusion of today’s hearing, Rep. Jason Conger delivered the following remarks:

“As my political hero Winston Churchill once said, ‘Never, never, never give up!’ After having tried three time to bring these amendments up for discussion, I am proud that our persistence has paid off.”

“Throughout this process, colleagues on both sides of the aisle have expressed frustration that they’re expected to act on important reforms with incomplete information. The failure of Cover Oregon to give timely and complete information prevented legislative oversight and got us into this mess in the first place. ”

“We’ve been told by the exchange that the fee structure isn’t enough for the program to be self-sustaining but Oregonians have no idea what fee increases, budgetary obligations, or benefit reforms are necessary moving forward.”

“We’ve been told that over 30,000 Oregonians have enrolled in the new Cover Oregon health care exchange but we have no actuarial data on the enrollment population. If, as expected, the insurance pool is dominated by high risk applicants what reforms are we going to implement to mitigate the cost of plans sold on the exchange?”

“Today, by demanding that the Cover Oregon Executive Director provide us with these answers and by requiring the public release of all independent investigations, we’re closer to understanding the full nature of problem. Today, we made a first step in restoring the broken trust with Oregon voters.”

“And I want to thank the work of Chair Mitch Greenlick. Working together we made the outcome better.”