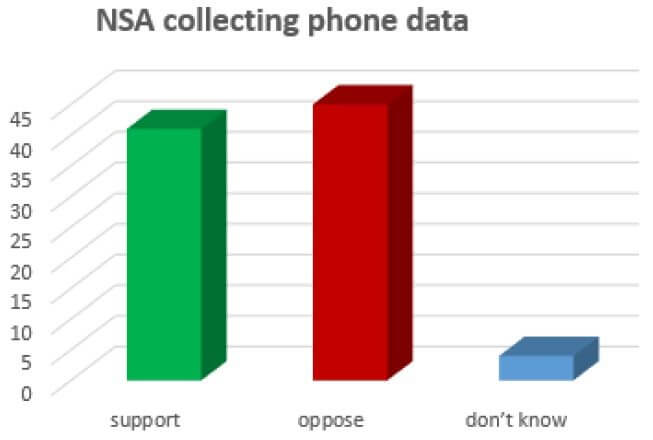 An Oregon poll examines at a hot-button issue to gauge where Oregonians stand on privacy & liberty against the needs of security & law enforcement.
By Taxpayer Association of Oregon Foundation,

There are two polarizing events that are pulling Americans in different directions, one being terrorist attacks (Brussels, Paris, San Bernadin0) and the other being corporate sacrifices to our individual liberty (FBI ordering Apple to unlocks its iPhone and Congress recently scaling back NSA personal data collections).   Last year, the Foundation asked over 300 Oregonians in a telephone poll on how they felt on the pressing issue of the National Security Agency (NSA) collecting phone data.

The results were bitterly split, nearly even.

The question asked was “Do you believe the National Security Agency should be allowed to capture and archive bulk private telephone metadata as a tool to investigate potential terrorists?”

Roughly 41% of Oregonians supported the NSA program.   Slightly larger amount, 45%, opposed the government agency from collecting and archiving private phone metadata.    Close to 13% of Oregonians were unsure or did not know.

Later in 2015, Congress made motions toward the 45% by placing more restrictions on what the NSA could collect from our personal phone records.   The landscape has changed since the fall.   Terrorist attacks have hit closer home in America.   Government requests to unlock the encryption device of Apple iPhones means the issue of our liberty is being played out in the device within our own hands.

— You can follow Taxpayer Association Foundation of Oregon here at Oregon Tax News.