This isn’t going to be a story about a man named Brady….this is about The Bernie Bunch.

Last Friday the Bernie Train was in town and I felt compelled to go see the man in action.

Reportedly, people began showing up at The Moda Center at 2:30 am in order to be able to get achieve a prime viewing spot for Bernie Sanders scheduled 12:45 speech. By 8:00 am the line was said to be around the block and people were giddy with excitement waiting to “Feel the Bern”.

I needed to get work done so I wasn’t able to leave my office until Noon but as it turns out, I had plenty of time to spare. I found street parking a few blocks away and walked right up to security, was given the once over and allowed to enter the arena.

I found a great seat and prepared for the show. At 12:30 the crowd was electric, apparently they had been participating in spontaneous chanting and several rounds of doing “The Wave” for hours. 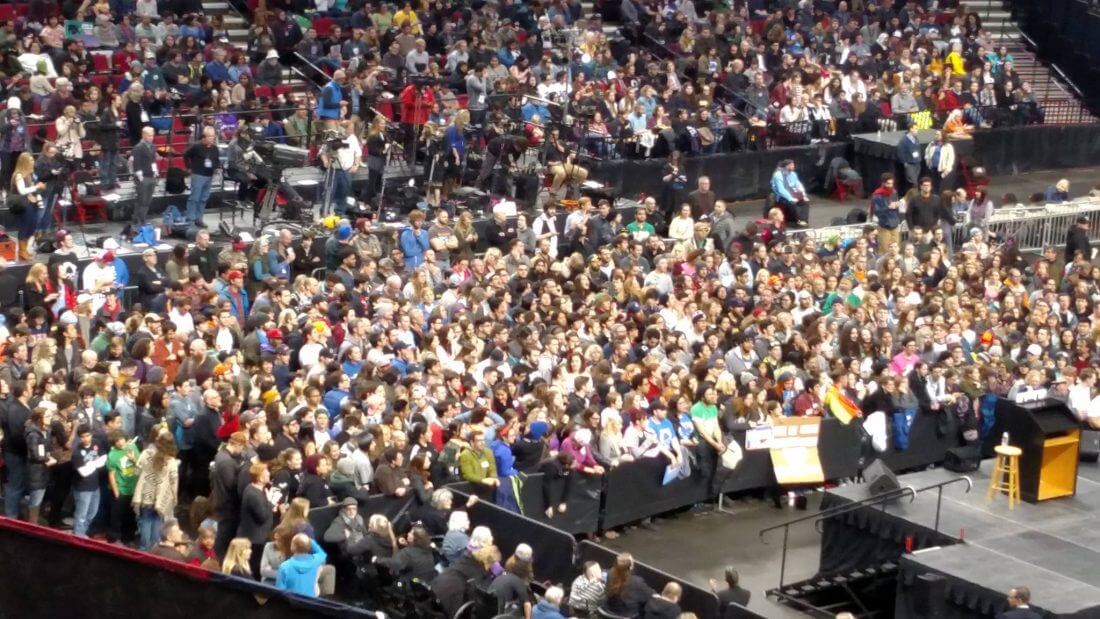 By 1:00 folks were slowing down and as 1:30 approached they were sitting on their hands as “Baby Love”, the 1964 hit by The Supremes blasted through the sound system when it happened……..HE emerged from the depths of the arena and the crowd re-engaged as The Great Wrinkled Hope took that stage.

They stood, they cheered, and they gave each other high fives as though their team sank the game winning shot at the buzzer.

Before I report on the content of Bernie’s speech, I need to make an observation; this was the whitest crowd I have ever seen at a major event and coming from a guy that has been to several Jimmy Buffet concerts, that is saying a lot.

The young were a mix of affluent looking college students, anorexic lumberjacks in skinny jeans and the youthful 4:20 crowd sporting dreads or slouchy beanies.

The old attendees generally had the typical professorial vibe or AARP Hippy look…….they appeared happy that their time may have come.

Bernie came out of the gate swinging, he went directly after Donald Trump and the crowd rose to their feet in a cheer that might have been the loudest of the afternoon. The attacks then continued as normal, Wall Street – Bad, Banks – Bad, Conservatives – Bad. The calls for Justice, Equality and RIGHTS for all were trumpeted.

Oddly, after making the point that the justice system has failed the people by allowing those of privilege on Wall Street to escape prosecution, he never once pointed to Hillary Clinton and her many magic escapes from justice.

It was the same speech that he has used in the debates but it was exactly what the crowd came to hear.

In a perfectly Portland moment, a bird landed on the corner of the podium as Bernie spoke. Cheers erupted as many spoke of Karma, that this was a sign of great things to come. 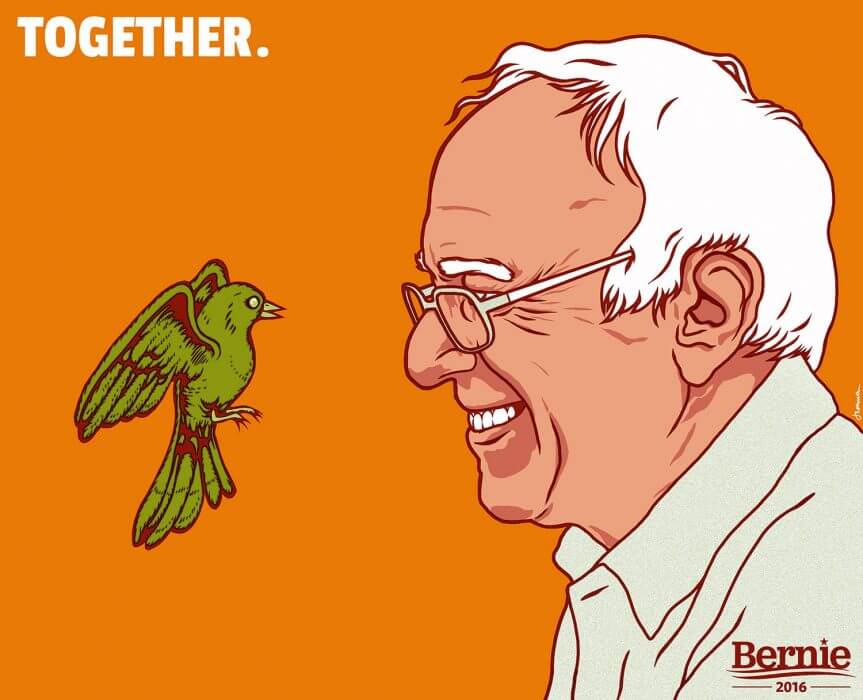 In full disclosure, I came to this event thinking that I would have distain for everyone in attendance. I’m not proud of this fact but it was true. My political outlook has not changed, I’m somewhat of a political mutt – I’m a mix of a strong constitutional conservative with a hint of libertarian on the side.

What I saw today was a group of people that are fed up with the failings and corruption from Team Obama / Clinton. These folks were promised everything and delivered almost nothing.

This isn’t entirely different from the mess that we see currently in the Republican Party. We were promised the moon & the stars in 2010 & 2014, we were assured that if we joined together and elected fresh faces and regained control of Congress…things would change, they haven’t.

Did I Feel The Bern?….No, but I did Listen and Learn.

Friday was a good day.