We looked at the total donations and number of donors for each of the Presidential candidates coming from Oregon.  This data is just a large snap shot sample (of the total amounts) with limitations.  Our sample results are very illuminating.

The total Oregon donation shows that Ted Cruz has been effectively working Oregon, almost better than all the Presidential candidates combined. 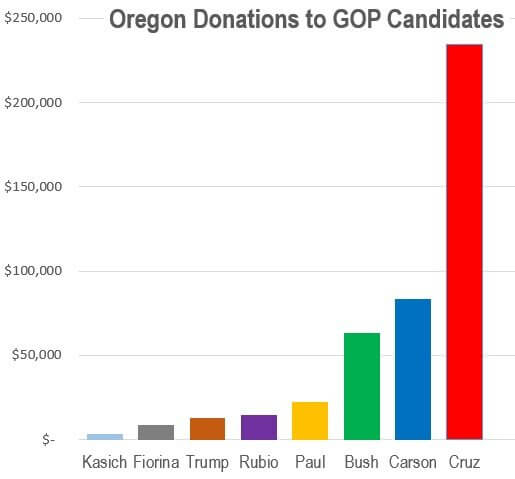 Surprisingly, Bernie Sanders has outperformed Clinton in funds raised in our sample. 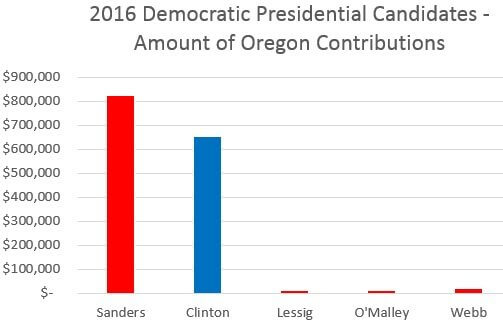 Bernie Sanders also received nearly twice as many donations as Hillary Clinton.   Bernie Sanders continues to have one of the best grassroots fundraising operations of all the Presidential candidates. 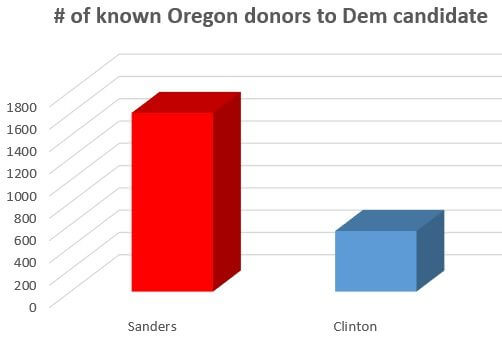 On the Republican side Ted Cruz and Ben Carson did extremely well at recruiting individual donations in Oregon.  The numbers reflect a unique connection voters had with the retired surgeon that nearly dwarfed other opponents combined such as Rand Paul, Donald Trump, Marco Rubio and Jeb Bush). 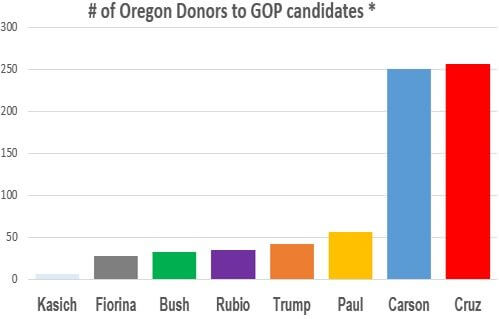 Note: The numbers are limited due to time (as recorded since last March 2016), source (not all corporate donations captured and not all individuals could be verified are also not captured) and size (smaller donations not recorded because they are not publicly recorded).