In response to a query from state Sen. Doug Whitsett, Oregon Legislative Revenue Officer Paul Warner replied on August 18, 2016, that it was safe to say that Oregon’s total state tax collections are at a historical high.

That’s consistent with historical data on Oregon tax collections in a February 2014 research report from the Oregon Legislative Revenue Office (LRO) that I wrote about two years ago. That data from 1970-2013 showed “During the 40+ years, income taxes have outstripped inflation and population growth by about $2.5 billion – ending up at $6.7 billion rather than $4.2 billion.” 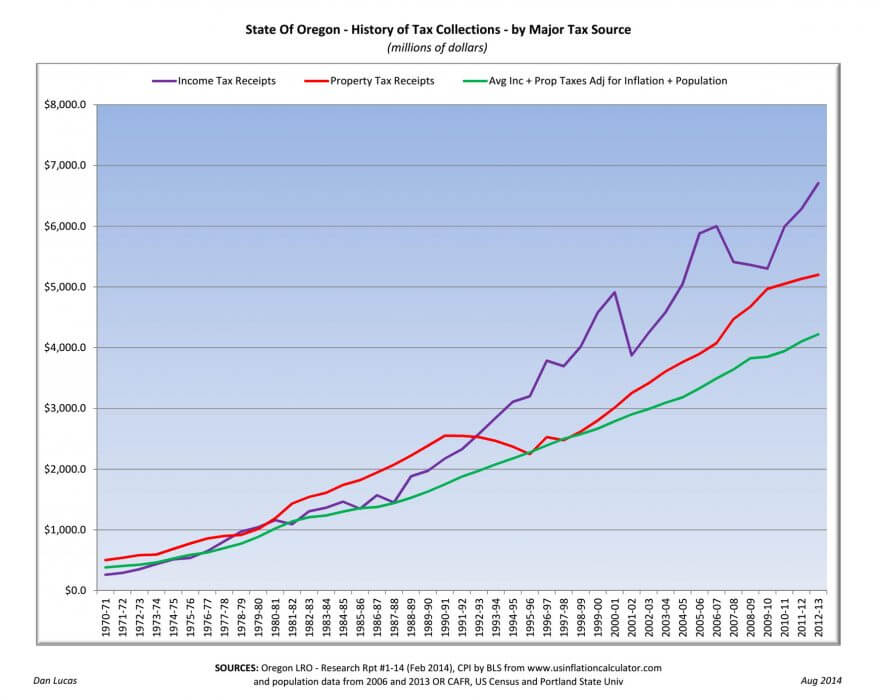 In that same article, I also pointed out that charts produced by the State of Oregon’s Legislative Fiscal Office “show the General & Lottery Funds [biennial] budget grew over $6.5 billion in just the past 10 years – from around $12.5 billion in 2005-07 to $19 billion now!” 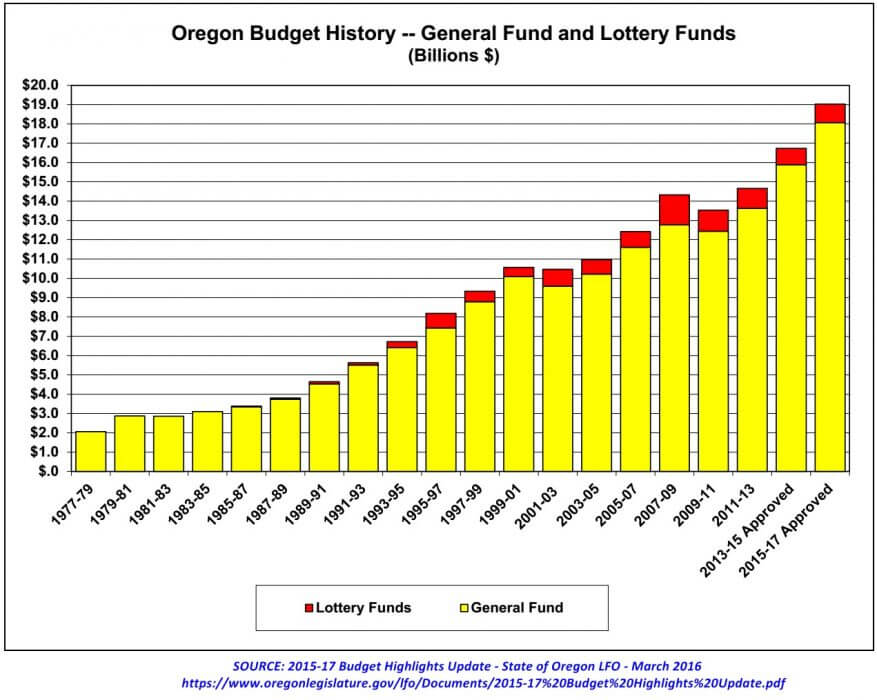