The 8th and final quarterly revenue forecast for the current biennial budget cycle, 2011-13, was released this week. It showed a $174 million favorable change from the June 2011 close of session (COS) forecast. The COS forecast was $15.14 billion and this week’s forecast was $15.31 billion for the General and Lottery funds.

The revenue forecasts for the current budget cycle have been a bit of a roller coaster ride – with a steep decline down to -$341 million (change from COS) in the first three quarters to a finish of +$174 million this week. As the Oregonian’s Harry Esteve notes, “The numbers are moving targets, however. They are revised and refined every three months based on the latest economic projections.” This week’s revenue forecast was only the second of the eight to be higher than the COS – six of the eight were in the red. 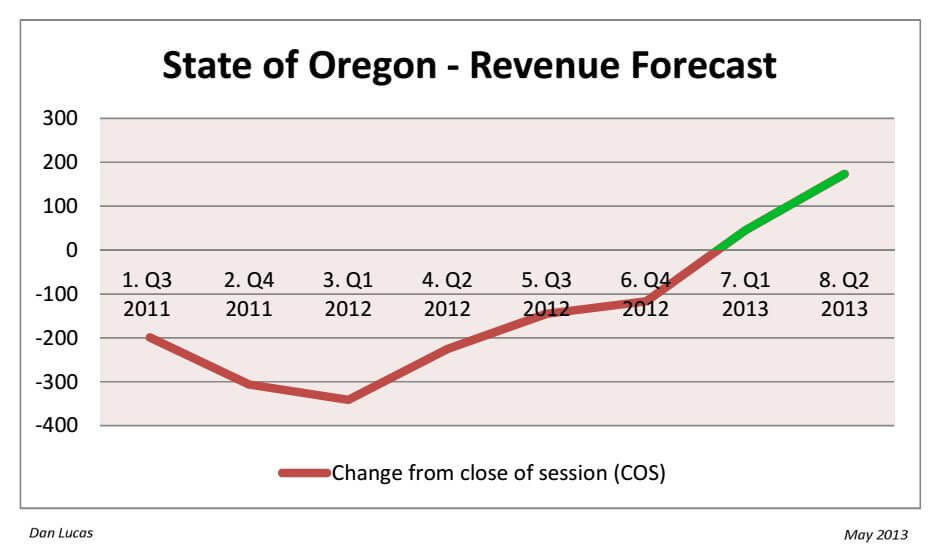 Throughout the eight quarters of the current biennial budget cycle, the budget cushion, or reserve, spearheaded by Rep. Dennis Richardson (R-Central Point), along with his two Democratic Co-Chairs, has protected Oregon against these revenue forecast swings.

But as Harry Esteve noted, “numbers are moving targets.” Below is a chart from the State of Oregon showing what the state has been forecasting the General Fund & Lottery Fund revenue would be for the 2013-15 budget cycle. The first forecast in the chart was made in December 2010, and over the time since then the forecasts for the 2013-15 budget cycle have been as high as $17.4 billion and as low as $16.4 billion. The forecast released this week is $16.9 billion (General Fund & Lottery Fund). 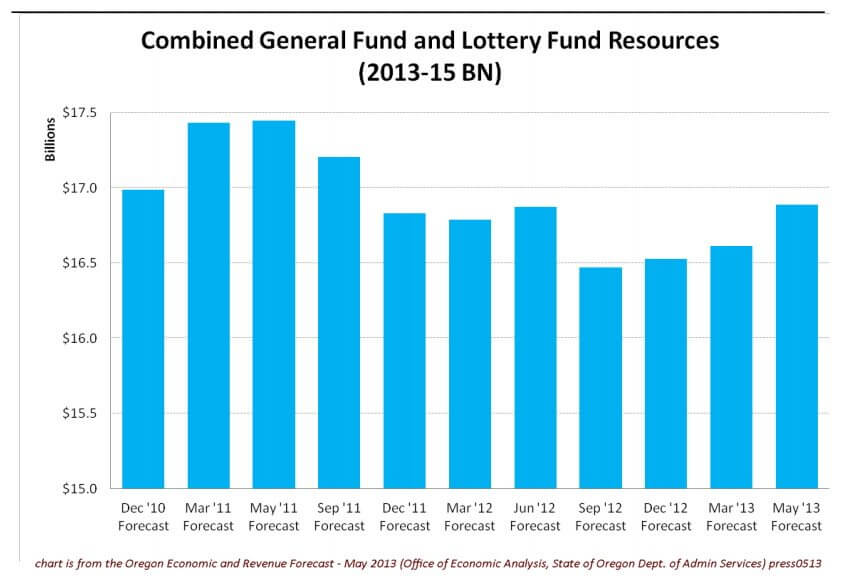