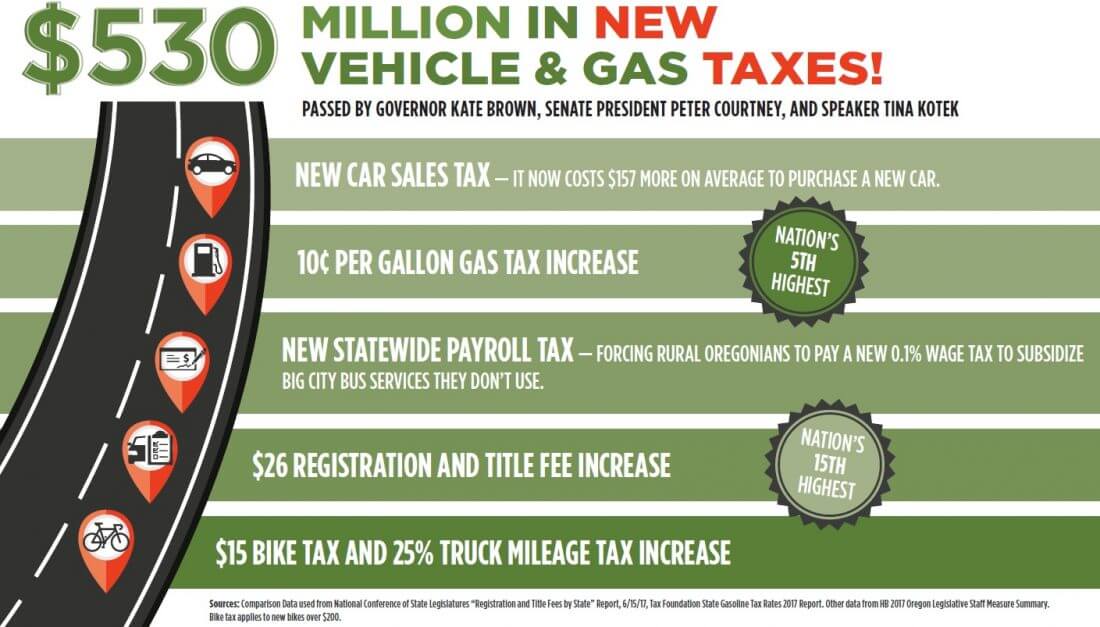 By Taxpayer Association of Oregon
& Foundation

Oregon lawmakers just passed $530 million in new vehicle and gas taxes.   Most Oregonians do not know the coming sticker shock and taxes that are heading their way.

Here is what the $530 million in new road taxes includes:

New car sales tax — it now costs $157 more on average to purchase a new car.   This tax will be punishing to auto dealers along the Oregon border, like Ontario, that will have to compete with customers driving a few miles to save on the new tax.

$15 bike tax — Oregon became the first state in the nation with its own bike tax.