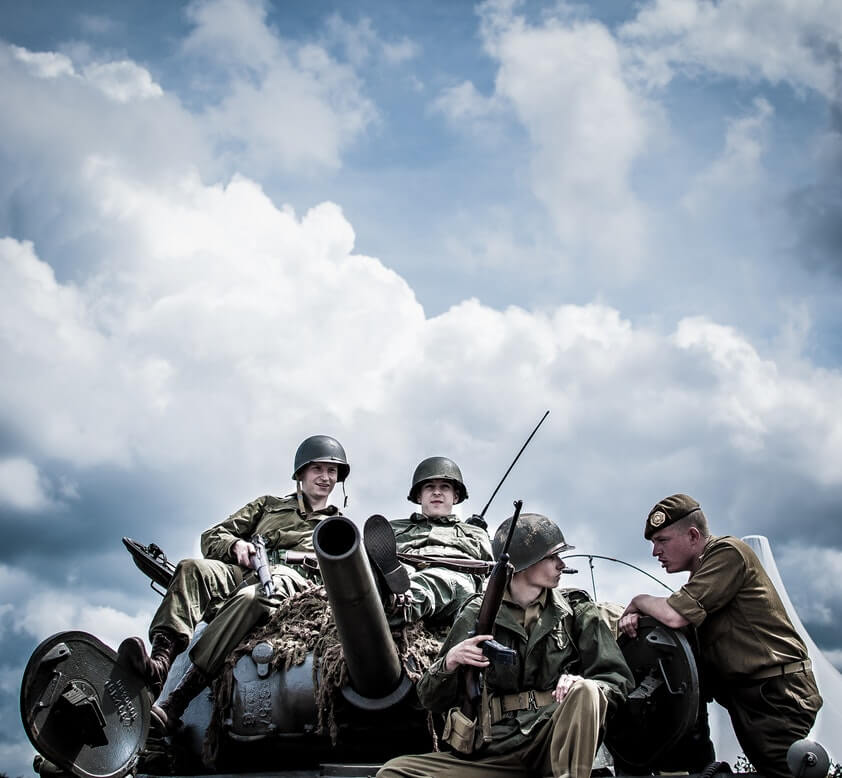 This week the media has been up in arms over President Trump’s plan to hold a military parade here in America. While some would say that such a display is not very fiscally responsible, and others would claim that such a parade would not be in line with American ideals, it certainly flies in the face of the “speaking softly” portion of the “speak softly and carry a big stick” adage. Legitimate criticisms aside, it seems this is another instance of Donald Trump setting down a rake only to have the Democrats, media, and others step on that rake and be metaphorically whacked in the face.

Certainly, an American Military Parade isn’t unheard of in our history. Most recently a military parade took place back in the 90s under President George H. W. Bush following the end of the first Gulf War. During FDR’s Presidency there was was even a military parade where a giant bust of Roosevelt’s head was carried through the streets of New York City. So while this parade would not be incredibly out of the bounds of reasonableness, it would be a divergence from recent tradition, especially without a specific event to commemorate like the end of a conflict. Regardless of how you feel about Trump’s plans for a military parade, there is one thing that is absolutely clear, that President Trump political opponents dialed things up to 11 yet again and completely overreacted to the idea.

This week there was no shortage of comparisons to Kim Jong Un, Mousillini, Russian Dictators, and any other number of unsavory characters over President Trump’s desire to have a military parade. One Congresswoman even said that President Trump was a “Napoleon in the making”. On social media, there were even reports of people signing up to lay down in the streets in from of the tanks like it were Tiananmen Square. Once again we have another example of the President’s political opponents stepping right onto the rake.

It works like this: President Trump does something slightly ridiculous, like hold the first military parade in 25+ years without a specific occasion to commemorate. Then the Democrats and the leftist media go way overboard in criticizing the President’s latest action by doing things like comparing him to dictators for doing something that is intended to honor the military. Next, far left protesters get ahold of it and blow up social media and plan protests of the parade. Finally, President Trump gets to frame the debate with him, patriotism, and the military on one side and the protesters and his political opponents on the other. President Trump takes a win with his base and heartland Democrats become more disenfranchised with the far left coastal progressives who run their party. It is almost the exact same playbook that President Trump used with the NFL protests on the national anthem. As long as President Trump is able to frame the debate with the flag, the national anthem, the military, and patriotism on one side and his political opponents on the other he will keep doing things like this because the media and the left keep taking the bait.

Maybe a military parade isn’t the best idea, but if it does end up happening, you can bet I will use it as a chance to honor our servicemen and servicewomen. I hope that everyone else will do the same.