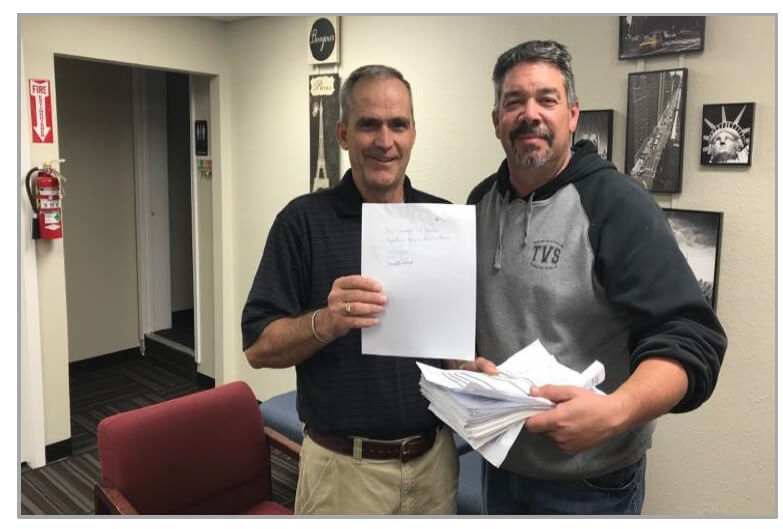 Originally voters did have a say in this outrageous tax, but thanks to organized citizens, mobilized small business owners and the help of the Taxpayer Association of Oregon, a referendum petition drive was launched back in September when the tax was first passed.

This is a huge victory over big taxes as well as giving Oregon voters the right to vote on their own taxes.

If you want to continue the fight against high taxes then please sign the statewide petition, #31, to outlaw hidden taxes.

Thanks to Ontario citizens, the city of Ontario will not be the first city in Oregon to enact a dangerous and flawed sales tax.   This Ontario sales would have hurt more because Ontario is a border town to Idaho.

Photo above: Taxpayer Association helped local small business owners (Dan Cummins and Dan Lopez) with their petition campaign to repeal Ontario’s newly created city sales tax.  Dan Cummins, Dan Lopez and all the Ontario citizens who participated in the Measure 23-58 referendum drive are real heroes and patriots.  You deserve our thanks and praise for what you accomplished.  It took nearly nine months of organizing, gathering signatures, walking neighborhoods and raising money to make the Measure 23-58 victory possible.