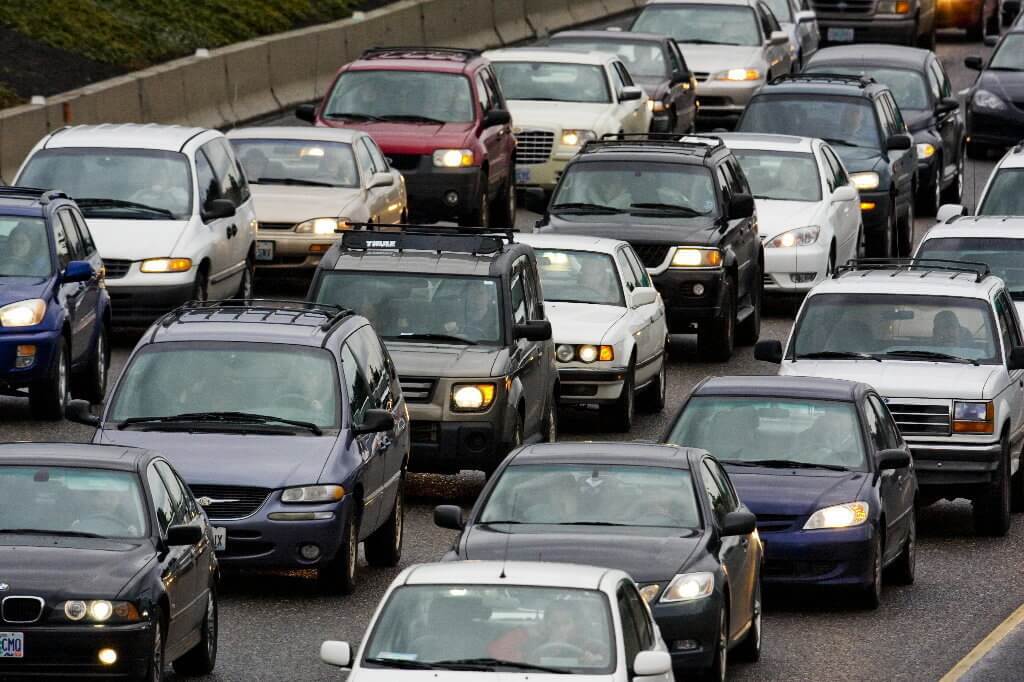 This week Mike Nearman and Les Pool filed a prospective petition on tolling with the following language:

SECTION 1. Article IX of the Constitution of the State of Oregon is amended by adding the following:

Article 16. Requirements for Fees and Tolls

(1) No personal vehicle or truck usage of transportation infrastructure in Oregon may be subject to any fee or toll, unless:

(c) The fee applies to marine uses, or a rail system; or

(d) Such a fee or toll has been approved by both

(1) A majority of voters in the state; and

(2) A majority of voters in each county in which the fee or toll applies.

Since tolls that prevent the vehicle density of a freeway from exceeding 45 vehicles per mile per lane actually increase capacity, I don’t have a policy problem with condition (a). Perhaps the petitioners’ intent was that tolling should only apply to new construction, but that’s not what their word choice necessarily means.

I wonder what prompted January 1, 2018 as the chosen date for their petition’s retroactive scope in condition (b). Ex post facto laws are generally a bad thing; so it seems fair on the petitioners’ part to ensure that this amendment would allow a toll that went into operation in 2017 to be grandfathered, because it was constitutional at the time of its passage. This petition is being considered for the 2020 election. Wouldn’t a 2019 toll be ex post facto as well?

Condition (c) seems like another arbitrary distinction. If we want to ban transportation tolls, why add specific language exempting certain modes? Perhaps a reason why we would not want to impose these rules on marine and rail tolls also applies to our freeways.

It’s in condition (d) that I have the greatest concern. When we are amending the Constitution, we need to be focused on something other than either political or policy goals. Constitutions deal with a third dimension of governance, the structure of its due process, an aspect of state authority that gets too little consideration. We don’t want to create a constitutional precedent that the people who live nearest a state asset should have a unique veto over the laws that govern that asset. We wouldn’t want the wacky voters in Lane County to have a special veto over the University of Oregon. And we certainly don’t want the wacky voters in the Portland metro area to have a veto on this state’s transportation arteries that happen to pass by them.

I’ve attended enough of the public meetings on congestion pricing to recognize there are many environmentalist groups out there that already realize this policy is actually pro-automobile. When the conservatives who oppose tolling now, only later realize that it’s just a rational pricing of a scarce resource and thus a more market-orientated approach than today’s gridlock, that our state Constitution already has language requiring road tolling revenue to be spent on roads, then they would see it was terribly ironic that this new constitutional amendment, created by conservatives, helped the radical left maintain a policy of “congestion is our friend.” The added transportation costs of the monetary value of truckers’ time stuck in traffic on rural Oregon’s agricultural produce would continue to needless rise above the tolling costs that could grantee predictable freight dispatching of these perishable products. That Oregon’s environmental lobby lives closer to where our worst freeway bottlenecks are is no legitimate reason to give them added power over our state’s transportation policy.

Mike Nearman told me yesterday they will be refiling. If you read carefully, you’ll notice a drafting error in the beginning that gives contradicting direction as to where to amend the Oregon Constitution. I hope they reconsider the substantive language as well.