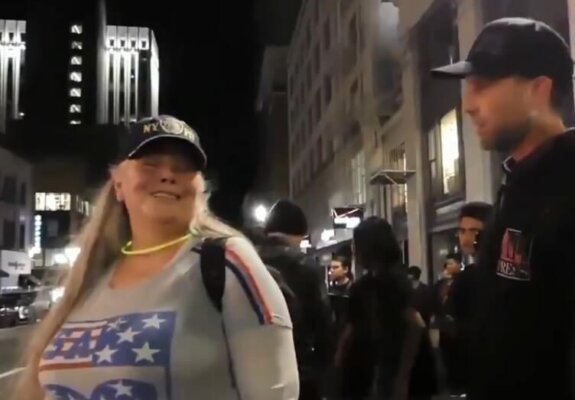 It is a another video being seen around the country of alleged Portland Antifa violence and vulgarity.  Here we see a man cursing and berating a woman for wearing a NYPD hat for which it turns out that is was in honor of her husband who died on 9/11 according to the woman on the video.  Watch this below.

We await more details on the identity and story of both people involved.