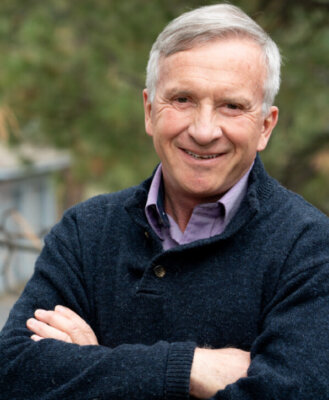 In February, an important decision will be made as to the future of the Republican Party here in Oregon. We all know that leadership is of utmost importance and the quality of that leadership even more.

I personally like a strong, effective leader that has a proven record of success. This is what I see in Sam Carpenter, candidate for ORP Chair. I’ve done research on his businesses, his background, and I know him personally. He is a brilliant businessman that has a proven track record of fixing businesses and turning them around to be profitable and successful; including within their OWN leadership teams. He also is a likable person with a down to earth personality, a listening ear, and has a following of 90,000 on Facebook. This is what the ORP needs and we need it now!

Sam Carpenter was our runner up for our Republican nominee for Governor. He clearly has a plan that he’d like to introduce, that could help turn Oregon around to a Red state. I think he should be given that chance. If he doesn’t live up to what’s expected, then he can be voted out in two years. But, he at least deserves a chance to show us what he’s got.

The continuation of losses in Oregon politics is no longer acceptable.

The bottom line is: if you like the status quo, the ORP continually losing and allowing the democrats to have a super majority in both houses, and a leadership that doesn’t really support the Republican platform that we signed up for, then vote for the same ORP leadership that we’ve had.

If you have had enough of losing, want true Republican leadership that supports the Republican platform, our President, and the America First agenda, then please consider voting for Sam Carpenter for ORP Chair along with his slate that represents all four corners of Oregon. It’s time for a change and the time is now. Choose wisely.

Carol Leek is the founder of Oregon Women for Trump.