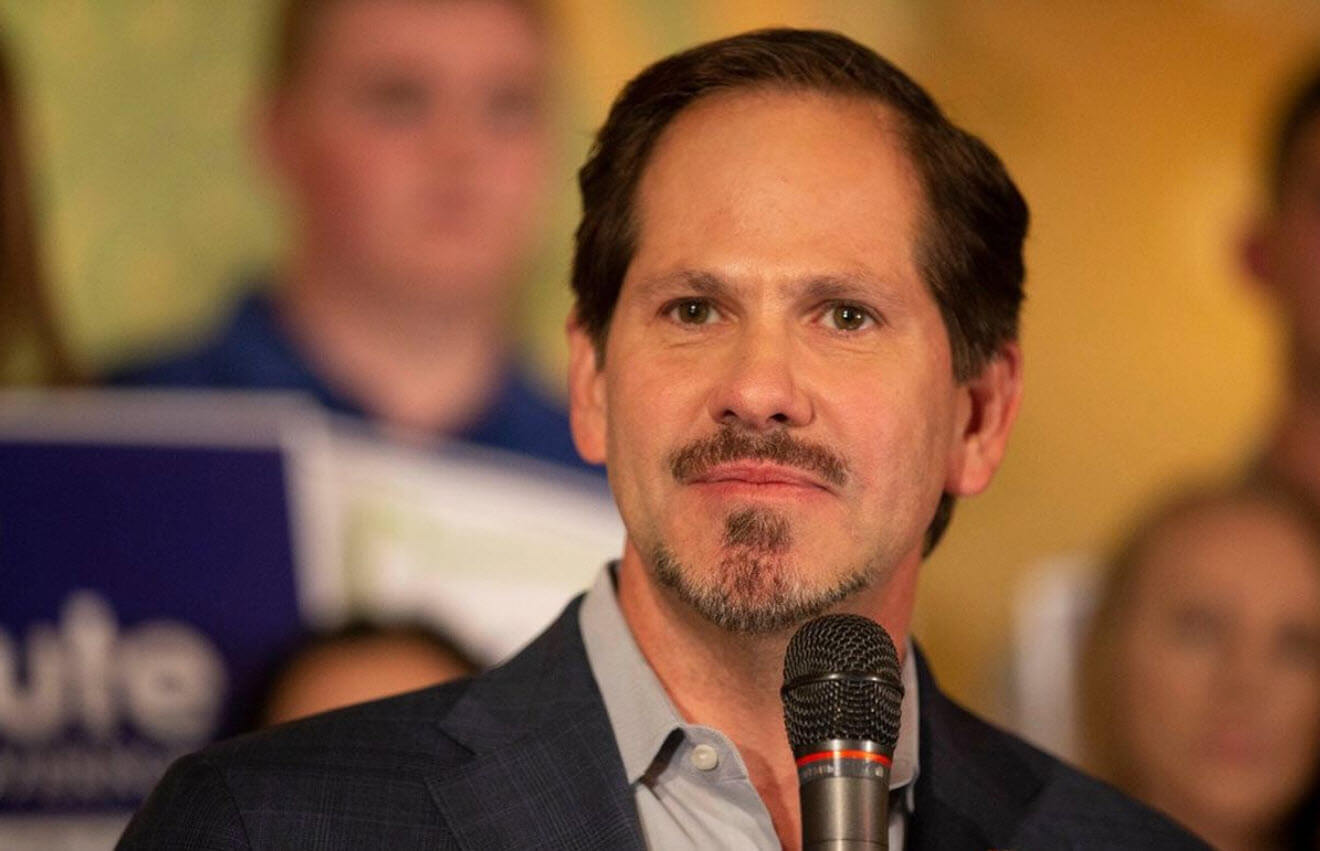 Last week I showed that a regression analysis contradicts the popular claim that conservative nominees perform better than moderates in terms of the percentage of Oregon’s votes cast for governor. This is a central argument behind Sam Carpenter’s campaign to replace Bill Currier as Chair of the Oregon Republican Party.

He claims Knute Buehler did poorly last November, and a more conservative nominee would have done better. There is no evidence in either the data or Carpenter’s volatile personality to suggest he would have been able to win a higher percentage of the vote than Buehler, but there is something we can say with confidence: Buehler actually performed very well despite the blue wave he faced.

The popular argument goes like this, moderate Republican gubernatorial nominees lose more conservative votes than the number of moderate votes they gain. Claims that a significant number of Republicans didn’t vote because Buehler’s pro-choice position deprived them of the motivation to bother filling out and turning in their ballots does not square with the evidence. 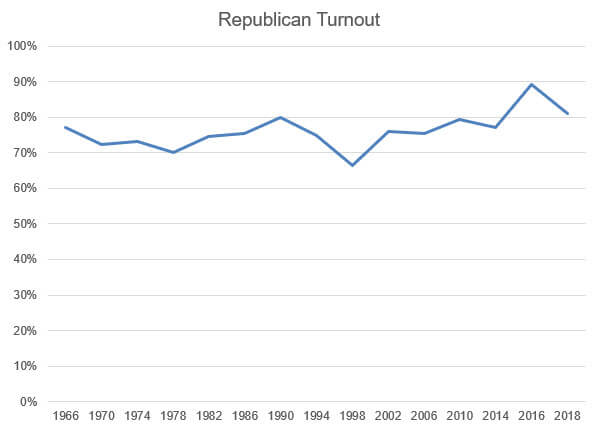 Republican turnout in Oregon oscillates within a fairly narrow range. In 2018, it was on the high end at 81%. That is higher than every past gubernatorial election where the ORP nominated a solid conservative. Denny Smith in 1994, a wave year for Republicans, had only a 75% turnout. Bill Sizemore had 66% in 1998. Kevin Mannix had 76% in 2002. And the last bedrock conservative Oregon Republicans have nominated for governor, Dennis Richardson, had only a 77% turnout in 2014. Since 1966, only one Republican nominee has enjoyed a higher Republican turnout rate than Knute Buehler: Bud Pierce in 2016, another pro-choice Republican.

The Republican turnout alone might not tell the whole story, however. Maybe conservative Republicans were not deterred from casting their ballots, but they voted for a minor party or wrote in Mickey Mouse for governor instead.

Jason Payne, whom I’ve been collaborating with on this project, came up with a great metric to capture that. He suggested we take the total number of votes the Republican candidate received and divide it by the total number of people in the State of Oregon registered as a Republican. I haven’t seen anyone else use this to measure electoral performance before. So the question is what to call it? We’re calling it the JP Ratio after Jason’s initials.

It’s hard to reasonably say Buehler performed miserably last November, because at a JP Ratio of 1.15 he received more votes than the total number of registered Republicans in the State of Oregon. 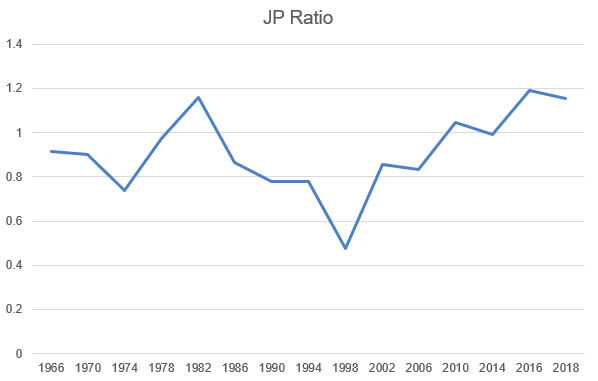 No pro-life Republican gubernatorial candidate has ever been able to accomplish that. So there is little indication that Sam Carpenter would have either.

Eric Shierman lives in Salem and is the author of We were winning when I was there. Jason Payne lives in Tualatin and works as a property manager.