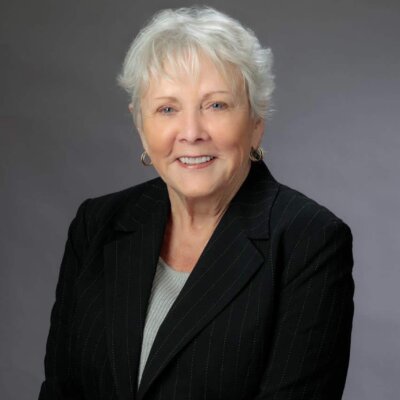 By Tootie Smith
Author and Speaker

There’s been much commentary about Gov Kate Brown’s appointment of former House Speaker Republican Bev Clarno to Oregon’s Secretary of State position that was sadly vacated when Dennis Richardson died of a brain tumor February 26, 2019. Inside bidding and speculation for the position began over a year ago when Dennis first announced he had a condition that most knew would eventually end in his demise, triggering a political chain of events not often witnessed.

Politicos knew that Gov Brown would most likely adhere to her previous practice of insisting that the new potential appointee promise not to run for reelection. However, that did not stop the dozens of Republicans from applying for the job. Her reasoning was that it gave the incumbent an unfair political election advantage. She used the same reasoning when she was “constitutionally appointed” to the Governor’s office in 2015 becoming Oregon’s 35th governor when she herself was Secretary of State and Gov John Kitzhaber resigned amid a scandal.

As a newly assumed “constitutional governor”, the duty of appointing her successor to Secretary of State fell directly on her shoulders. She appointed Democrat Jean Atkins as a placeholder agreeing not to run. The next election of 2016 saw Republican Dennis Richardson beat Democrat Brad Avakian. Richardson was the dream moderates and conservatives waited decades for as he performed incredible economic accountability work with his dozens of agency audits uncovering waste and fraud of tax payer’s money.

Richardson’s election also gave Oregon Republicans hope that the Democratic strong hold in Oregon could be broken. For reference, a Republican had not been elected to a state-wide office since Vic Atiyeh served as governor in 1987. Alas, the 30-year republican drought ended.

For decades, democrats who held elective office at local and state levels often used this tactic to ensure one party supremacy. The incumbent would resign from office before the term expired and a new person would be appointed, from the same party as the constitution allows. Election rules also state the appointment must come from the same party, hence when Richardson died, Republican Bev Clarno was appointed.

Oregon’s governor has said she wants to see an open and fair SOS election in 2020, so the assumption has been made that the 83-year old Bev Clarno, as the duly appointed designee, will not run. The appointment is brilliant. I know and love Bev Clarno and I feel Oregon’s Secretary of State office is in stable intelligent hands.

She will no doubt continue with the audits that Richardson’s own staff is dedicated to. MORE IMPORTANTLY, our next election cycle in Oregon will be a doozy as she has become our state leader on elections. What some may be over looking is Clarno’s deft ability and decades of experience at strong leadership where she will be tested as the 2020 elections unfold.

The next 2020 Secretary of State will draw the redistricting lines for all legislative and congressional seats. Oregon will likely gain a seat in Congress not seen since the 1980’s based on increased population with the influx of migration from other states. As we know, unions have enjoyed a bank account larger than Gods to fund their candidates of choice until 2018 when the Janus vs. AFCSME Supreme Court decision was issued limited deductions from paychecks.

Dues from paychecks are declining at one union to the tune of $540,000 per month. My bet goes to the unions throwing every available cent at the next Secretary of State’s election knowing what’s at stake — redistricting. The good news is maybe, just maybe, the unions will have to choose what races to fund out of thrift just like the non-funded union races have operated for decades.

Keep your eyes on the bouncing ball. While some seem to be diverted into thinking that Republicans were cheated out of a position that kept them from running for reelection, focus instead on what’s to come. There’s always another election just around the corner.

— Tootie Smith is a 4th generation Oregonian, professional speaker and published author of “Pay-to-Play: Sexual Harassment American Style.” Smith was the first women elected to Oregon House District 18 in 2000 and the first Republican woman elected to the Clackamas County Board of Commissioners in 2012. She is only the second Republican woman to win a primary election to US Congress in 2014 from Oregon. She can be reached at www.tootiesmith.com or [email protected]