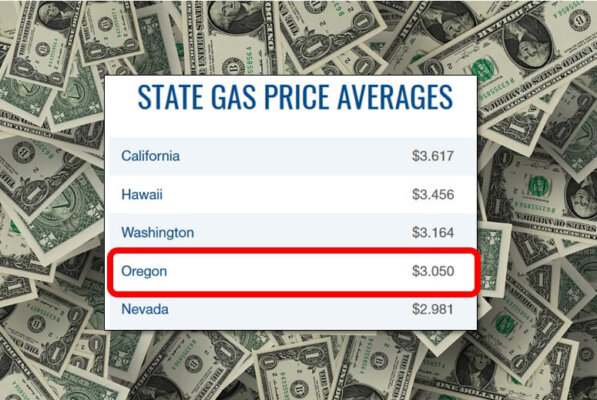 Oregon’s recent gas price spike may spell doom for the 16-cent gas tax that will come with the passage of the Oregon Carbon Tax plan (HB 2020), also known as Carbon cap and invest and climate bill.

During Spring Break Oregonians were hit with the nation’s fourth highest gas prices according to the Automobile Association of America this last weekend. Only California, Hawaii, Washington and Alaska have higher gas prices than Oregon.

The carbon tax bill in the State Legislature, HB 2020, is expected to raise gas prices by an additional 16-cents. That 16-cent gas tax increase could propel Oregon closer to the number one gas price in the nation. Those price spikes will cascade throughout any product in Oregon that is delivered by gas which will spike grocery and clothing goods prices.   California has the highest gas prices because they already have a Carbon Tax scheme.

Nationwide, refiners are required by the EPA to change from producing “winter blends” to “summer blends” from late March through ,id April, making late February the time when many refineries are taken offline for routine maintenance, decreasing the supply of gasoline, increasing its price.

— Help us fight gas tax increases: Make a donation to the Taxpayer Association of Oregon. 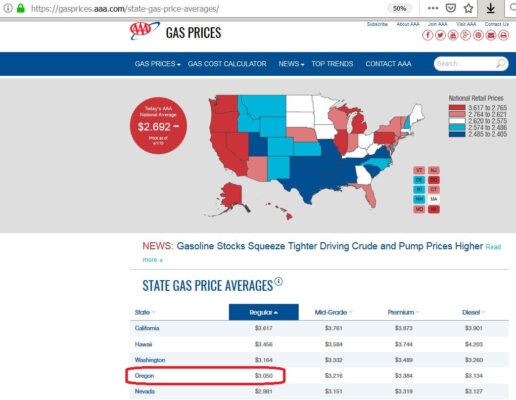