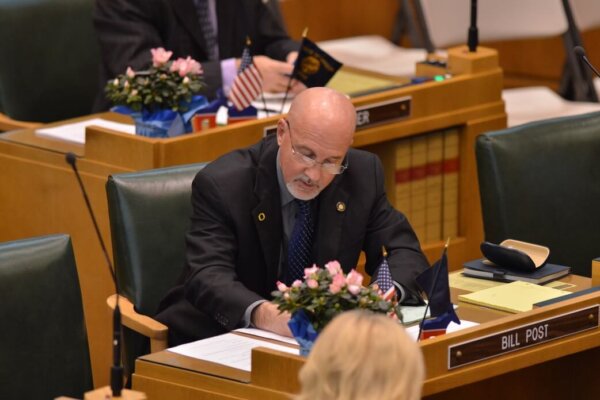 In 2005, the Oregon Legislature passed a bill that made pseudoephedrine products like Sudafed available by prescription only.   There was a good reason for it back then, as pseudoephedrine was a key ingredient in the methamphetamine that was being produced in home labs and frequently resulted in explosions.   This new prescription law created long lines, delays and people who would even travel out of state just to get their simple cold medicine.

However, times have changed since the passage of House Bill 2485. And now, Rep. Bill Post (R-Keizer) has introduced legislation to delete the requirement that pseudoephedrine be classified as a Schedule III controlled substance.

HB 2303 is a top legislative priority for Post, who said that constituents are excited about the idea. It passed out of the House Health Care Committee April 2 on a 9-1 vote with some amendments.

Post has introduced similar legislation the past four sessions, but this is the first time it’s gotten out of committee. And while he remains optimistic about its chances of passage, he said “it’s not a slam dunk.”

If HB 2303 gets past the House, it would then head to the Senate. No fewer than 13 of its current members voted for HB 2485 in 2005. Assuming that it passes that chamber, it would head to Gov. Kate Brown for her signature. Brown served in the Senate in 2005 and was one of the legislators who sponsored HB 2485.

Technological advances have made it easier to track those key ingredients used in meth, Post said, and pharmaceutical companies voluntarily provide it to 35 states free of charge.

“Basically, the bill would make Oregon join that group,” he said.

Aside from that, the meth produced in superlabs and smuggled through the nation’s porous southern border is cheaper and more pure than that the homemade variety that inspired the passage HB 2485 nearly a decade and a half ago.

“It was the right thing to do,” Post said. “But we didn’t have the technology we have now.”