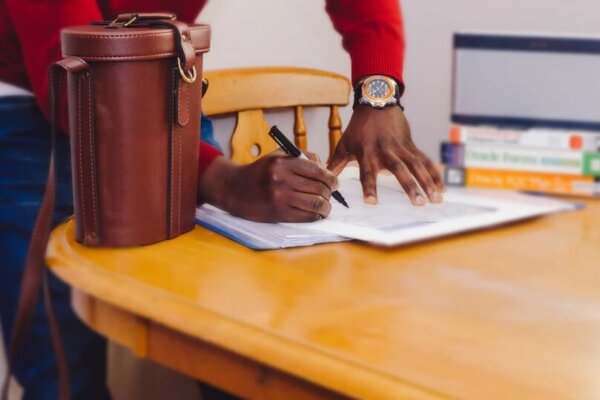 The Keep Oregon Affordable PAC has launched Petition #301 which gives you the right to vote on the largest tax in Oregon history.

The politicians passed a $2.6 billion business sales tax (HB 3427), and it is the worst tax I have seen in my twenty years of fighting tax increases in the State Capitol.

Here are the seven bad things about this tax:

#1. You were denied the right to vote on a tax you already rejected. They didn’t ask for your opinion simply because you already said “no.” Voters rejected the same type of billion-dollar business sales tax just three years ago at the ballot box by 60 percent (Measure 97). Voters like you said no. The politicians responded by shoving this tax down your throat anyway.

#2. The tax was specifically designed to block citizen input. They not only shoved it down our throats, but they intentionally blocked us from voicing our opinion. This tax was passed using a rarely used tactic that blocked opposing argument amendments. This tactic allowed the politicians to hold fewer public hearings than for the average bill. Simply put, it was designed to avoid as much public daylight as possible.

#3. The tax was rushed, ramrodded, and partisan. The tax was rushed at the end of session and passed without any bipartisan support. Lawmakers complained that they were asked to vote on something without enough time to read the bill amendments.

#5. This tax will cost you $740 a year. Make no mistake, you will pay this tax even if you can’t see it. This $2.6 billion business sales tax averaged per household could cost every family an extra $740. The Bend Bulletin commented May 14, “You won’t see it added to the price tag on goods made in Oregon, but it’ll be there, just the same.”

#6. Small mom-and-pop shops losing money will still be taxed. This tax is the ultimate machine to plunder businesses because it taxes them even if they are losing money and not making a profit. This is why only five other states have this type of tax.

#7. Family farms and family-owned restaurants will pay more. Because it taxes gross revenue (not profits), it therefore hits low-margin businesses harder such as farmers and restaurants with high revenue but low profits.

We will mail you a repeal tax petition that will include a few extra lines for your family, friends, neighbors and co-workers to sign.  This petition gives you the right to vote on the $2.6 billion Oregon business gross receipts sales tax (Hb 3427)

— The Taxpayer Association of Oregon has been fighting for lower taxes and putting measures on the ballot for 20 years.  You can view our daily political news website at OregonWatchdog.com