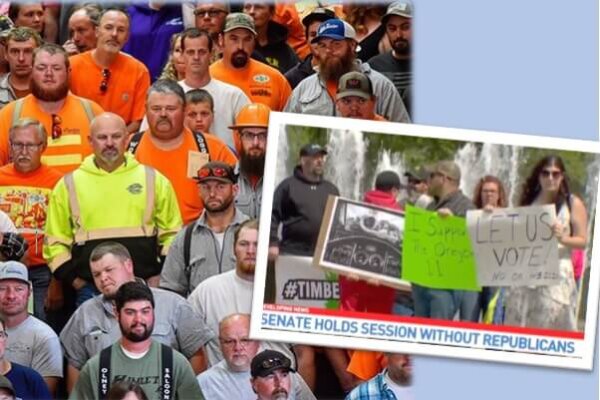 1. Revolts against $2.6 business sales tax. It all started last month when the politicians ramrodded a $2.6 billion dollar sales tax through the Legislature in near record speed and with plenty of special exemptions crafted behind closed doors for Oregon’s largest corporations. By blocking the public from voicing their opinion on Oregon’s largest tax increase, the public revolted by launching a referendum repeal petition — demanding a public vote! This petition gives people the right to vote on the $2.6 billion business sales tax — a right denied by lawmakers. The effort has shown an amazing outpouring of support and a million dollars in early support. 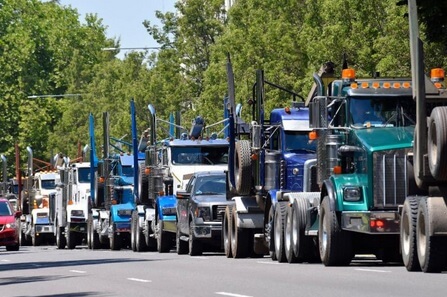 2. Revolt against the $700 million Carbon Tax (22-cent gas tax. HB 2020). The same politicians also tried to ramrod a $700 million Carbon Tax (HB 2020 carbon cap-and-trade) through the Capitol. This tax will raise gas prices by 22-cents and by $3.00 by 2050. It will raise utility prices by 53%. The politicians deceptively stated that this tax (HB 2020) was not a tax and therefore needed less votes to become law than all other taxes. The public revolted immediately. Dozens of timber trucks rallied at the State Capitol last week in an incredible display of democracy and people power. 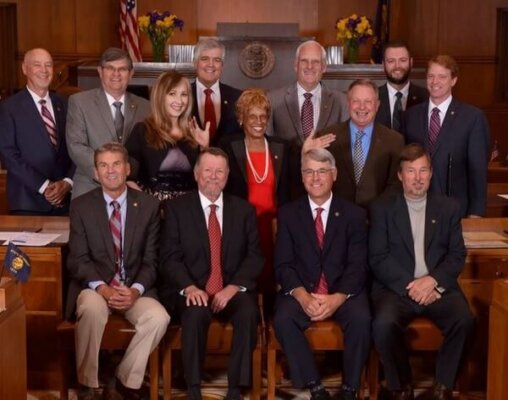 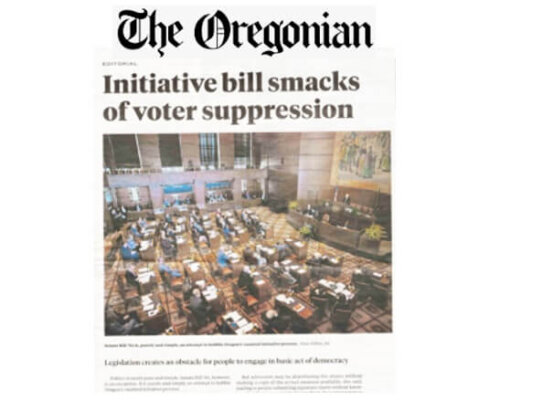 4. Politicians try to block the citizen revolt. You know you have a voter uprising on your hands when the liberal politicians tried to censor the public from speaking their mind. The moment the public launched a referendum petition asking for a right to vote on the $2.6 billion business sales tax the politicians responded by moving a bill to make it harder to gather signatures through downloadable petitions that they can download and print form their own home. The Oregonian Editorial Board called it “voter suppression”! The politicians also tried to protect their cherished $700 Carbon Tax from the public by putting an emergency clause on the bill as to block any effort for the public to petition against it. 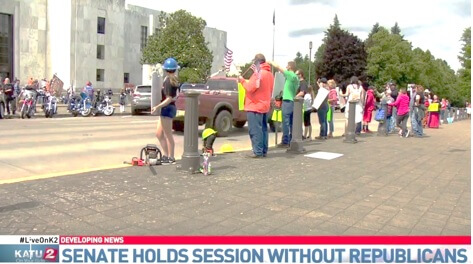 5. Public rally in support: The Senate Republican walkout has made national news. A popular state website was created to support the Senate Republicans. Loggers have held multiple rallies at the State Capitol. Citizens showed up on a Sunday to rally to their support. Everyone is talking about what is happening in Oregon and it is beautiful to see Oregonians alive and kicking and speaking their mind. They are speaking their mind because Governor Kate Brown, Senate President Peter Courtney and House Speaker Tina Kotek have been busy silencing the voters and doing everything to leave them out of their own Legislature. 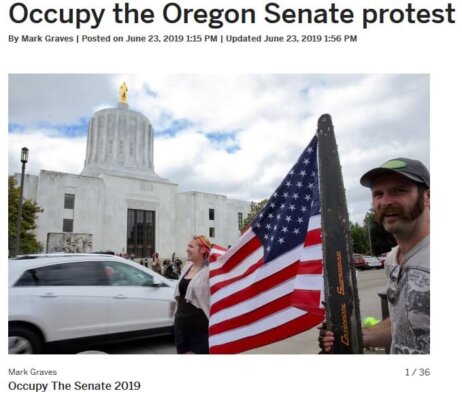 — Donate. The Taxpayer Association of Oregon has been fighting for you and for lower taxes for 20 years. Please donate here.