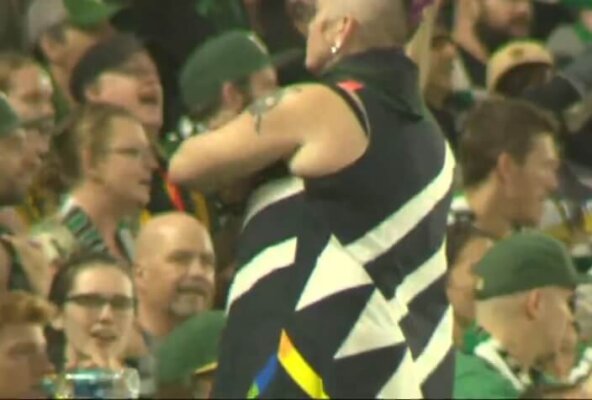 Nike’s political flag-bearer, Colin Kaepernick, took a single knee to bring the NFL into the political spotlight and destroy fan unity. He may go down in history as the individual who took the fun out of watching football. Granted, it wasn’t much fun anymore anyway, but politicizing the game eliminated its one saving grace – fans could forget their worries, their petty squabbles and differences, and just root for the home team. That’s gone.

Now your team has to match your politics, or your blood pressure goes higher at pre-game than in the last two minutes.

This past summer, apparently craving another self-centered turn in the spotlight, Kaepernick tried to cement his position as destroyer of all things fun and American by attacking, on behalf of Nike, of all people, Betsy Ross, on the Fourth of July.

Of course Nike’s increasingly leftist politics suit most Portland “progressives” just fine. (Not sure how anyone can call what’s happening to Portland progress, but that’s another story.)

But now, just when you thought things couldn’t get uglier in Portland – “the city that deteriorates,” Major League Soccer (MLS) has stepped in.

Or should we say, the Timbers got down on both knees and groveled before the black-hooded, frequently violent Antifa thugs. On Sept. 24, MLS and the Portland Timbers announced they would lift their ban on flying the Iron Front (Antifa) flag at Timbers games.

Portland fans now have no choice but to cheer their home team under the Antifa symbol.

The Timbers, MLS and the unmasked Antifa supporters will no doubt raise the pretense that their flag stands for something else. But no one is fooled; it has nothing, absolutely nothing, to do with sports or the Timbers. The Iron Front flag is the symbol of Antifa, the black-hooded, black-masked group who are always front and center at riots, itching for confrontation and violence.

As one commenter posted on a news feed, “And the road to continuing to be a niche league has been paved. Good luck getting typical Americans in the stands in the majority of stadiums. Congrats [on] pleasing the 3,000 moonbat supporters of each team while the rest of the stadium stays empty.”

Another posted: “It is supposed to bring us together not tear us apart.”

What of the Timbers’ corporate sponsors?

Widmer Bros. and Root Sports are no doubt kindred spirits and will join in lock, stock and as many barrels of beer as they can sell, despite whatever melee erupts.

Adidas will no doubt rush to match Nike’s madness. God forbid they might differentiate themselves and stand for unity over political division.

Then there’s Key Bank. This turn of events gives new meaning to their “Red Key” logo.

Of course for folks like PGE, with a long history of leftwing collaboration, it would be a surprise if they even whispered a protest.

But then there’s Providence, a religious-based organization. The activists who wave these Antifa flags under Providence stadium logos may be the very thugs who fill their emergency rooms with the victims of their beatings. How Providence can stomach support for a Timbers team that waves this flag is difficult to understand.

Last but not least is Dutch Bros., who just recently signed a multi-year agreement with the Timbers. A favorite in many rural communities and with locals who eschew the leftist tilt of competitor Starbucks, the coffee company was no doubt trying to reach out to a younger, urban demographic.

But bad timing and bad news – in Portland, that demographic now comes with a divisive political flag and all the resentment, upheaval and often violence it represents.

The Timbers website corporate sponsorship page makes this promise to businesses: to “capitalize on the passion and brand equity of the Timbers to further differentiate from the competition.”

Maybe the businesses should be warned that “differentiation” now includes being labeled politically – as hard-left Antifa supporters. That’s probably not what they were hoping for, at least not all of them.

News outlets report that MLS President Mark Abbott said they’ve formed a group to “review the league’s Fan Code of Conduct to ensure clarity and consistency in advance of the 2020 season.”

It may take them longer than that to wrangle a way to permit the Antifa flag while banning other flags and free speech. Otherwise the whole thing collapses into a political fan riot – the Patriot Prayer group knows how to buy tickets too.

Maybe MLS and the Timbers are hoping no one will notice, or that sponsors and fans will go along with their lopsided political sops just to get along. Maybe.

But heads up, FBI. You might want to take notice, and a few pictures. Because, at least for now, the Antifa flag wavers have their hoods and masks off.