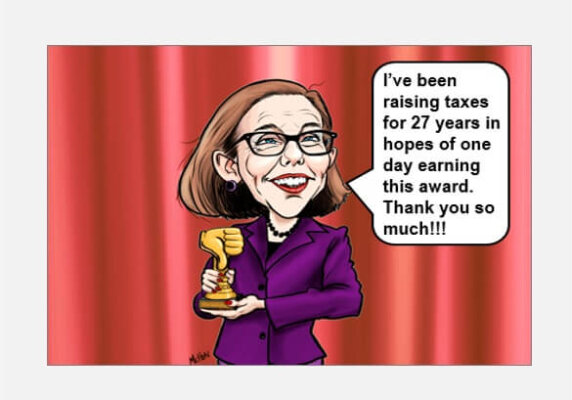 Please nominate examples from Oregon in these distinguished categories for the 19th annual Taxpayer Awards.

1. Worst Public Official Award:
The best (worst) elected official, government employee or political representative in Oregon.  Explain who and what they did.

3. Bureaucratic Bungler Award:
Best example of a government mistake, error or unintended consequences of a regulation.

4. Golden Schnoz Award:
Best example of Oregon government sticking its nose where it does not belong.

Here is the results from the last Award show…

— examples should be be within the past two years.