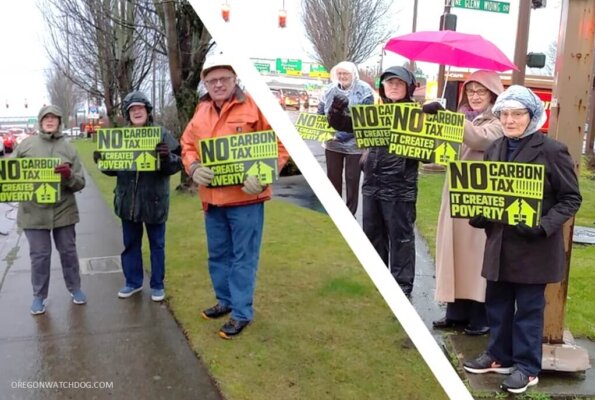 A 72-cent gas tax matters to Portlanders because they already pay high state gas taxes and have a 10-cent city gas tax making it one of the most expensive gas tax areas in the nation.
California has a Carbon Tax and that contributed to their state having the highest gas prices in the nation!

The Carbon Tax also played a role in California being listed as the #1 poverty state in America. 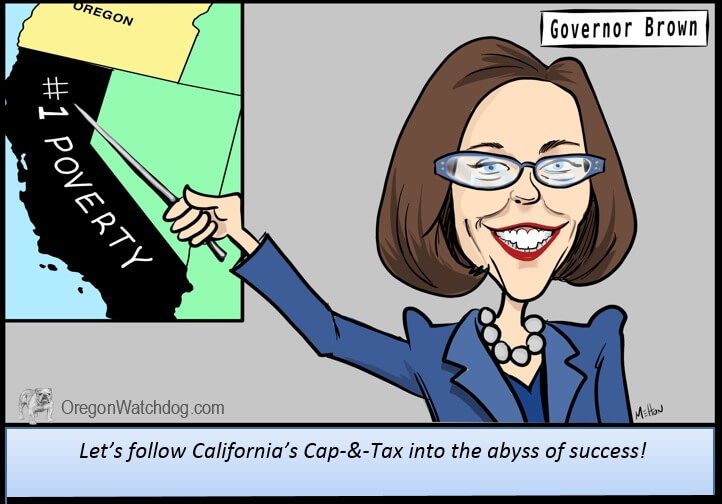 This is why the Carbon Tax helps create poverty.

Oregon already has a homeless and affordable housing shortage – why make it worse?

This is why the Taxpayer Association of Oregon is running billboards, lawn signs, cartoons, mailings and social media articles exposing this tax.

Here is how you can help.

– Attend the State Capitol Rally on Thursday Feb. 6th 10:00am, Salem State Capitol steps. Sponsored by TimberUnity. Go to TimberUnity.com for more details, rallies, updates and to contribute to their efforts. They’re awesome!

The full details of the tax are not out yet and will likely change as the big vote nears.  Because we know so little is just one more reason why ramming this tax down our throats in a short period of time with limited public input is undemocratic and just wrong.  The Taxpayer Association of Oregon first began fighting this Carbon Tax back in 2015 when it became an issue, we can’t afford to lose right now.