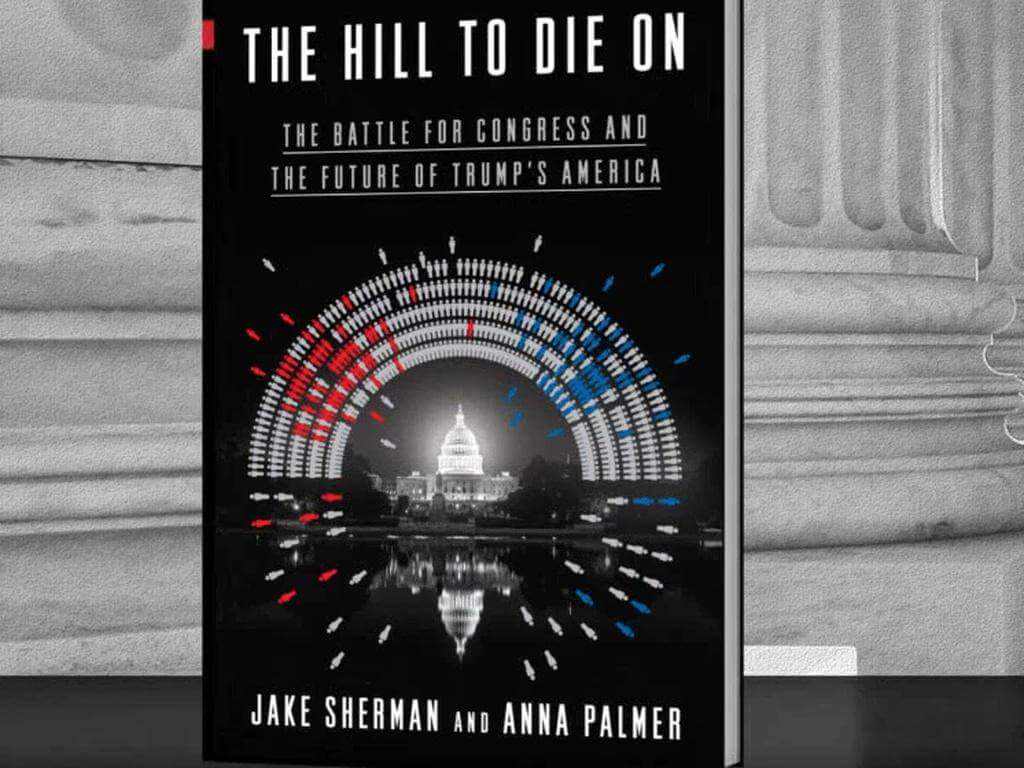 Jake Sherman and Anna Palmer’s The Hill to Die On is one of the best books about American politics that I’ve read recently. It was actually published in April of last year, but I finally caught up with it in my crowded Kindle book queue. This book stands out, because it focuses more on Congress than the White House, as its title suggests.

After a little 2016 context, Sherman and Palmer cover that opportune moment Republicans controlled both chambers of Congress and how we lost the House of Representatives. An important takeaway from this recent history is that such midterm losses are inevitable. A vote for Trump in 2016 was necessarily a vote for Nancy Pelosi’s speakership of the 116th Congress.

But the book is also rich with anecdotes that leave some glimmer of how we got to where we are now. One really revealing one is the first meeting of Candidate Trump with Speaker of the House Paul Ryan in May of 2016, after Trump had racked up enough delegates to secure the nomination. The meeting was brokered by then RNC Chairman Reince Priebus. The idea of the meeting was to move beyond the smashmouth politics of the presidential primary and talk about policy, a presumably unifying topic:

Ryan had brought a slide deck with details about Medicare and the nation’s ballooning debt, but it was abundantly clear that Trump was not interested. When Ryan brought up reworking Medicare, Trump demurred. “I know that’s your thing, but I think that’s stupid,” he told Ryan.

That paragraph helps explain the dire fiscal position the United States is in. I’ve already written plenty about the excessive spending in response to the current recession, but what gets forgotten is the irresponsible deficit spending this White House sought before the recession. Before COVID we were running up debt in a time of plenty like we were Argentina under Juan Peron.

Later in 2016, Ryan’s support for the GOP nominee would wane in the wake of Trump’s sexual harassment issues; it was less about what the candidate was accused of than how Trump handled it. After the election, the Speaker and the President-Elect were eager for a rapprochement. That first post-election meeting provides another lucid anecdote:

When Ryan walked into the Capitol Hill Club, Trump grabbed the Speaker’s hand and brought him close in. “I think I got you figured out,” Trump said to him. “That thing really rattled you.” He was talking about the Access Hollywood tape.

“Yeah, it really did,” Ryan replied.

“I get you,” Trump said. “You’re just a Boy Scout. You’re also kind of religious, aren’t you?”

“You’re like Mike on that, aren’t you?” Melania chimed into the conversation.

At the moment, Ryan took that as a term of endearment. The Boy Scouts of America has generally been a symbol of honor and integrity. Later the Speaker would learn that is one of Trump’s insults. In Trumpworld, honest people are suckers. A moral compass is a sign of weakness.

These two encounters are symbolic of the Faustian bargain Republican voters have had to make. Some good things came from Hillary Clinton’s Electoral College loss but at a steep price. Fiscal conservatism and moral integrity had to be traded away. Will the GOP ever get them back?