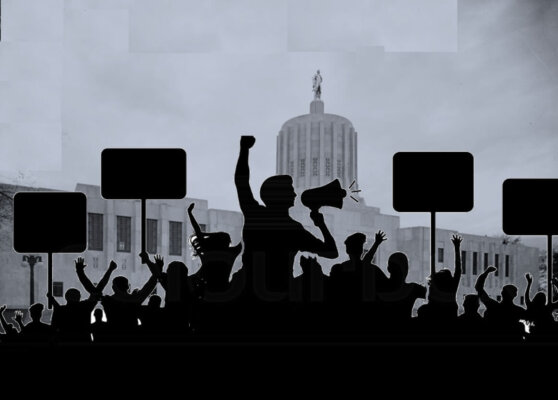 In protest over the the rushed ramrodding and the lack of transparency over the Carbon Tax (Sb 1530, also known as Carbon Cap-and-trade, 72-cent gas tax), most Republican lawmakers refused to attend a Legislative Session last night.

State Representative Republican leader Christine Drazan issued a press release decrying the rush and lack of adequate public hearings over what The Oregonian called “…one of the most complex and sprawling pieces of legislation ever to come before lawmakers” (Oregonian 6/17/2019).

“The politics surrounding SB 1530 are deeply disappointing. The proponents are desperate to pass a bill that will result in no significant environmental gains but will greatly burden the pocket books of our constituents.

On Monday, one of the co-sponsors of the bill proposed that opponents of SB 1530 seek a last-minute amendment to benefit pulp and paper mills.

This thinly veiled attempt to “improve” the bill by holding good union pulp and paper workers hostage is unacceptable. If the co-sponsor of the bill thinks we can “save” pulp and paper jobs with an amendment, why wasn’t the fix included in the original bill?

Why wouldn’t the co-sponsors use their superior negotiating position to add the amendment themselves? How disingenuous is it to ask opponents of SB 1530 to beg for their constituents’ jobs?

The only way to save pulp and paper mills and Oregon manufacturing is to stop the politicking and get serious about a carbon reduction policy that doesn’t annex our state into California, where there are no pulp mills thanks to the cap and trade program.”