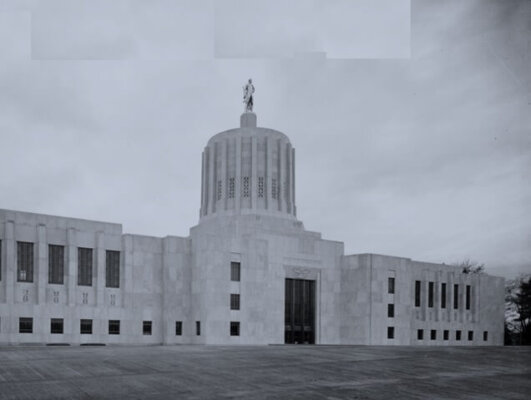 The leading rumor from Capitol insiders and lobbyist in the Oregon State Capitol point to discussions on whether a Special Legislative Emergency Session should be called to force Republican lawmakers back into the building (as the Republican lawmakers are protesting the Democrat-led majority shutting out voters from having a public vote on the controversial and wide-sweeping Carbon Tax, SB 1530, also known as Carbon Cap-and-trade).

One of the plans discussed is calling lawmakers back immediately beginning in Mid-March – the week of the 16th to 20th. This would be after the important political candidate filing deadline of march 10th and Voter pamphlet statement deadline of March 12th.

Another plan being discussed would be to wait until after the May Primary by hosting the Emergency Session in later May.

It seems such a stretch that Governor Kate Brown, Senate President Peter Courtney and House Speaker Tina Kotek would go to such great lengths in order to block a public vote on the $700 million Carbon Tax. Since this Carbon Tax (Carbon Cap-and-trade, SB 1530) would raise gas prices 72-cents, utility prices 13% and raise close to a billion in new taxes – it only seems fair to involve the public who will have to pay it for the rest of their lives.

— Was this article helpful?  If yes, Spread the word online!  Facebook Like, Tweet, Link and Email this very article.  Or Contribute online at OregonWatchdog.com to fight the tax (also learn about Charitable Tax Dedication or Political Tax Credit options to promote liberty).