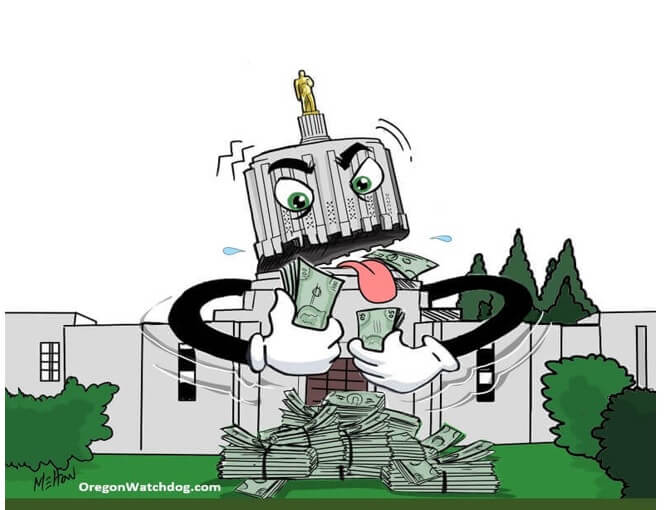 The politicians said they desperately needed that Kicker money to balance the budget!

One statistic showed that the average U.S. wage raise was between 1-3%. In one sense, the state budget is growing four times faster than your ability to pay for it.

Simply put, spending the excess surplus Kicker funds would have only gone to unsustainable employee costs to be reversed months later.

Instead the Kicker went back to people right around tax time in April, which was the critical month of economic damage to taxpayer families.

The average Kicker Check was over $700.

The people’s Kicker Income Tax Refund acted as a lifesaving stimulus that came from Oregon’s surplus.   This Kicker Refund law works better than expected during this crisis.