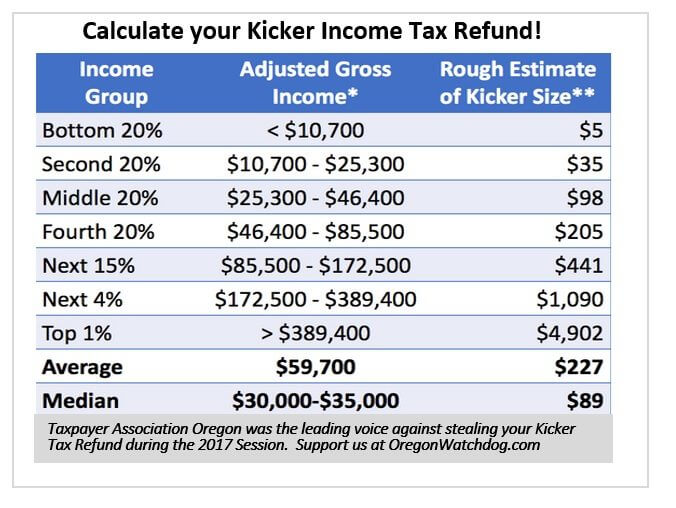 Good news for taxpayers as the state announced that the Oregon economy boomed so much that the State took in $464 million in unexpected and over-collected tax revenue. As required by the vote of the people enshrined in our State Constitution, those over-collected funds must be returned to those Oregonians who over-payed.

The average Oregon Kicker Refund is $227.

As the media reported on the Oregon Income Tax Kicker Refund news they expectedly showcased the screams of horror from politicians who wanted to steal your income tax kicker refund and decried that state government is starving for lack of funds.
Oregon State spending grew 10.3 percent from the previous 2-year budget. A 10% growth is impressive since the national economy only grew 1.6% in 2016 according to the U.S. Commerce Department.

Oregon spending for education increased by nearly a half-billion dollars. That is about double what schools have increased in the previous three years.