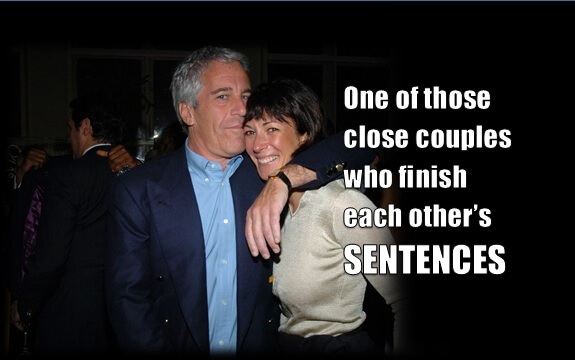 We hope Ghislaine Maxwell if found guilty does finish Jeffery Epstein’s criminal sentence and brings revelation, justice and closure to the case of the estimated 23 women who have been victimized by Epstein.

Jeffrey Epstein is an example of the failure of the soft-on-crime philosophy (and special treatment rich people afford) as he was someone who was given special treatment for his third case of victimizing women in 2011.

“While most convicted sex offenders in Florida are sent to state prison, Epstein was instead housed in a private wing of the Palm Beach County Stockade and, according to the sheriff’s office, was after ​3 1⁄2 months allowed to leave the jail on “work release” for up to 12 hours a day, 6 days a week. This contravened the sheriff’s own policies requiring a maximum remaining sentence of 10 months and making sex offenders ineligible for the privilege. He was allowed to come and go outside of specified release hours.

Epstein’s cell door was left unlocked, and he had access to the attorney room where a television was installed for him, before he was moved to the Stockade’s previously unstaffed infirmary. He worked at the office of a foundation he had created shortly before reporting to jail; he dissolved it after he had served his time. The Sheriff’s Office received $128,000 from Epstein’s non-profit to pay for the costs of extra services being provided during his work release. His office was monitored by “permit deputies” whose overtime was paid by Epstein. They were required to wear suits, and checked in “welcomed guests” at the “front desk”. Later the Sheriff’s Office said these guest logs were destroyed per the department’s “records retention” rules (although inexplicably the Stockade visitor logs were not). He was allowed to use his own driver to drive him between jail and his office and other appointments.”

It is no surprise Epstein went on to victimize again.

We hope for a fair trail and justice for the victims.