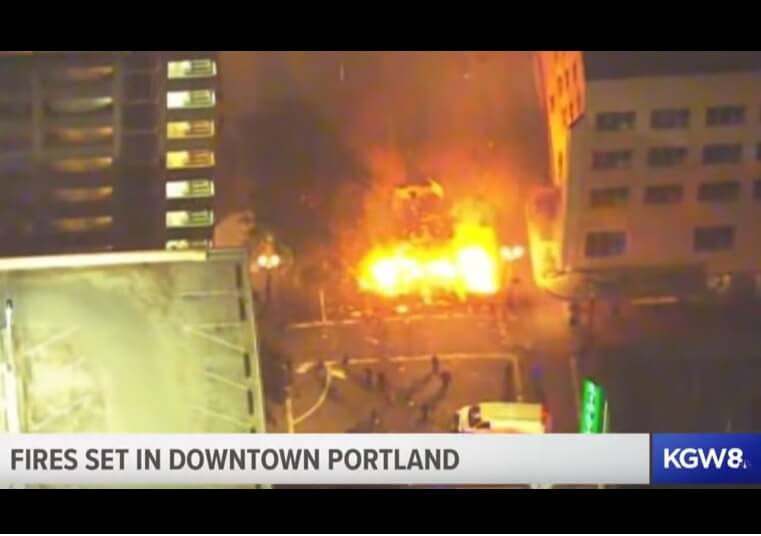 Governor Kate Brown and Portland City Councilor Joann Hardesty have been sharing their solution to the historic rioting and looting in Oregon. Unbelievably it includes reducing the police presence. Here is what they said:

“She and Brown both said they are worried that combining the deployment of Oregon National Guard troops with an 8 p.m. curfew will make residents feel like they under house arrest or escalate tensions. Brown said she told Wheeler she was reluctant to send out the troops during his first few requests because putting soldiers on the street does not defuse violence — it likely will cause more of it.”

Liberals seems obsessed with the public appearance of the national guard rather than the more important and critical question of what the National Guard should be doing. They should be arresting violent people who break the law.

When the National Guard was deployed in 1957 to protect the 9 African American students going to school in Arkansas, did our leaders worry about the appearance of our National Guard or did they worry about protecting our Constitutional rights? 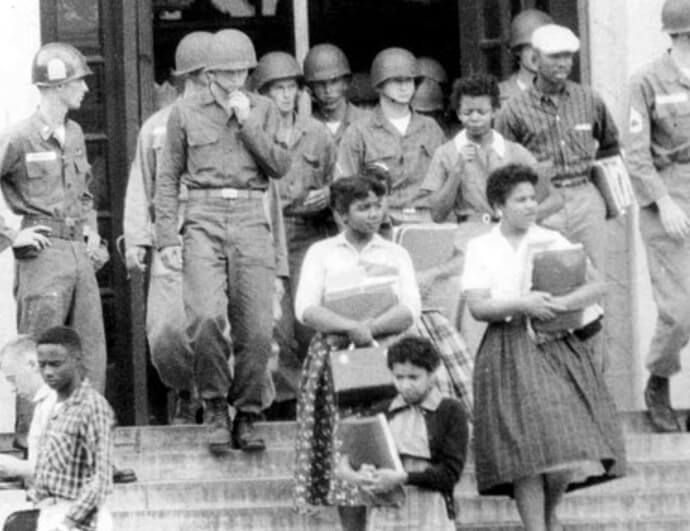 Right now, a lot of minority owned family businesses are worried about their shops going up in flames and will gladly welcome any protection the State can offer.

We do not talk enough on how rioting and looting hurt our disadvantaged and poorer communities.  Here is a telling video from this week on how it does.  This video speaks volumes. 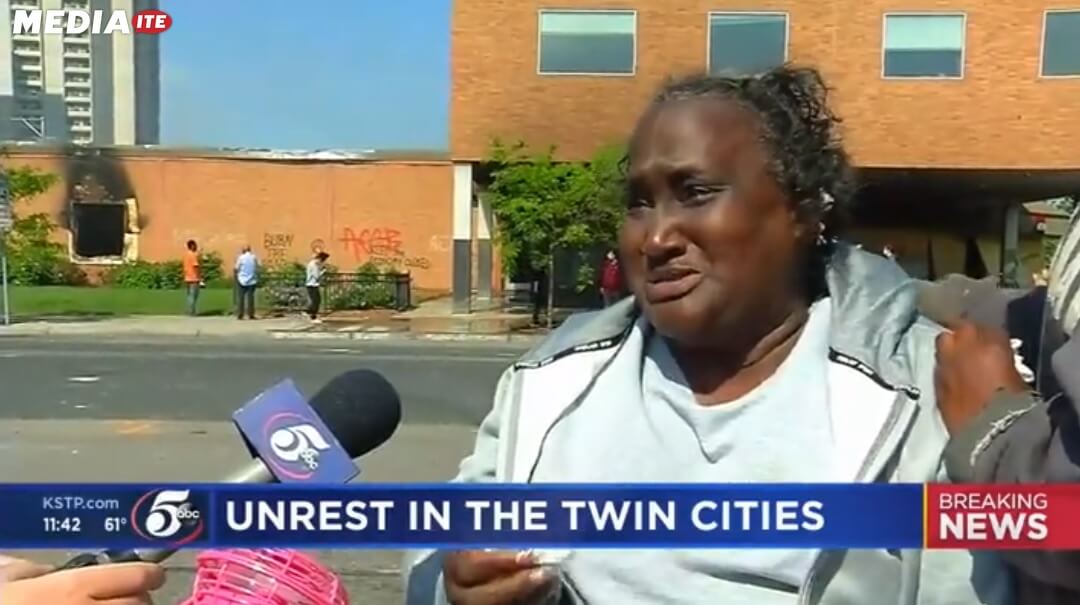 “They went straight to Office Max, to Dollar Store and every store over here that I go to. I have nowhere to go now. I have no way to get there because the buses aren’t running. These people did this for no reason. It’s not going to bring George [Floyd] back. George is in a better place than we are.  Last night, I’m going to be honest, I wished I was where George was because this is ridiculous. These people are tearing up our livelihood. This is the only place I could go to shop, and now I don’t have anywhere to go. I don’t have any way to get there.”

We need to act soon because the lawlessness nationwide is resulting in open warfare on police.

– Four police officers were shot in St. Louis.
– A police officer was shot in Las Vegas and is on life support.
– Two officers shot in Oakland
– An officer was attacked by a mob in New York City
– A cop was ambushed and shot at in Davenport Iowa.
– Police came under fire in Louisville.
– Many law enforcement were injured during violent attacks in Washington D.C.

Below is former police chief David Dorn whose death was live-streamed on Facebook. 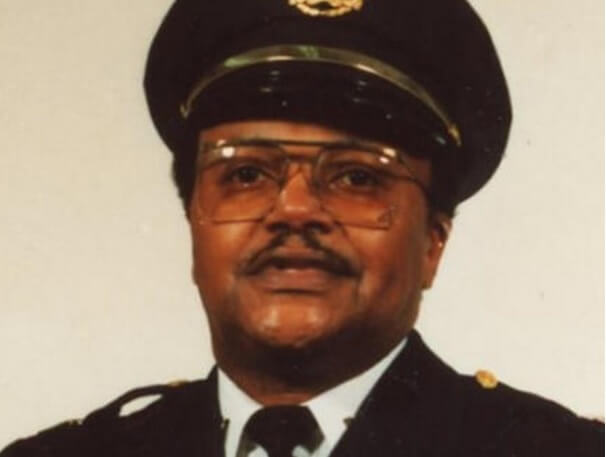 More police (not less) does result in less crime. The Brookings Institute proved that the spike in violent crime in America’s major cities in 2004-5 was caused by the expiration of the U.S. Department of Justice’s Office of Community Policing Services (COPS) program, which provided over $1 billion annually in federal funds to hire more police officers in city departments.  More cops on the streets equals safer streets.  Crime went down again when President Obama restored $2 billion in funding to the COPS program.

If Brown cares so much about public appearances, why is she not concerned about the image of Portland’s Justice Center being looted and burned? Here is a photo of our Justice Center: 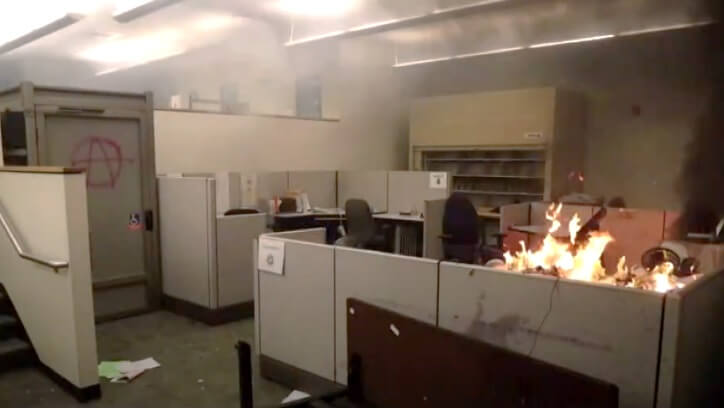 Sabotaging the Justice Center alone emboldens lawlessness.  They set things fire while people were still in the building.  This is similar to Minnesota where a police precinct was burned down. The evidence room was destroyed. That means scores of murderers, rapists, child molesters and hate crime criminals may end up being set free.  We hope this is not the case in Portland. 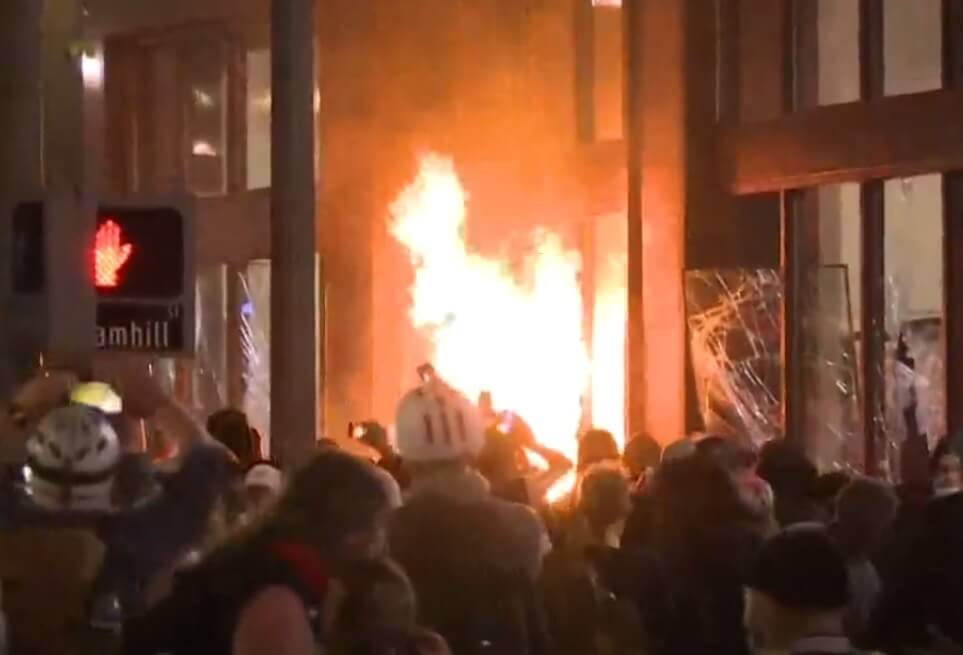 One of the first things to be mentioned in the article on the Governor’s statement was, “She said that even a recent Oregon law that reformed juvenile justice and efforts to reduce harsh penalties”. The Governor is talking about reducing prison time while our cities are on fire and experiencing an outbreak of lawbreaking. The Governor’s message may be backfiring.

It seems that the idea of “less prison time” is the only solution liberal politicians keep pushing. Governor Brown and the liberal lawmakers spent nearly a decade reducing prison time for hard drugs, property crimes, auto theft and ID theft and even reduced penalties (death penalty) for murderers, rapists and child killers in Oregon. Portland, the City that is on fire right now, just spent the past few years NOT enforcing trespassing and other civil laws as a way to accommodate the homeless. How did that work out? As a result, nearly half of the crimes committed in Portland came from homeless. While homelessness shrank in other cities across America, it exploded in Portland. On rioting, Portland has coddled rioters for years. How has that worked out today? It seems that being softer on crime is the only idea being put into use over the years.

Researchers in Great Britain in 2014 found that long sentences for those who commit crimes during a large riot led directly to a reduction in crime for months following the riot.

The bulk of the evidence across the Western world shows that longer sentences do indeed reduce crime.

There is a debate to be had on helping minorities with alternative sentencing, drug courts and mentoring projects. There is also an equally important debate about protecting our minority communities from the current crime wave and another crime wave if Oregon begins to let criminals out of prison early.

We are not here to criticize the Governor but rather pleading with her to do what it takes to make our streets safe again and to not adopt the failed liberal policies that overwhelmingly evidence shows increases crime and violence.   Please examine the scholarly work cited in this article as a way to pave ourselves out of this violence.

–The Taxpayer Association has been cranking out continuous articles on these historic riots, please read and support our work;