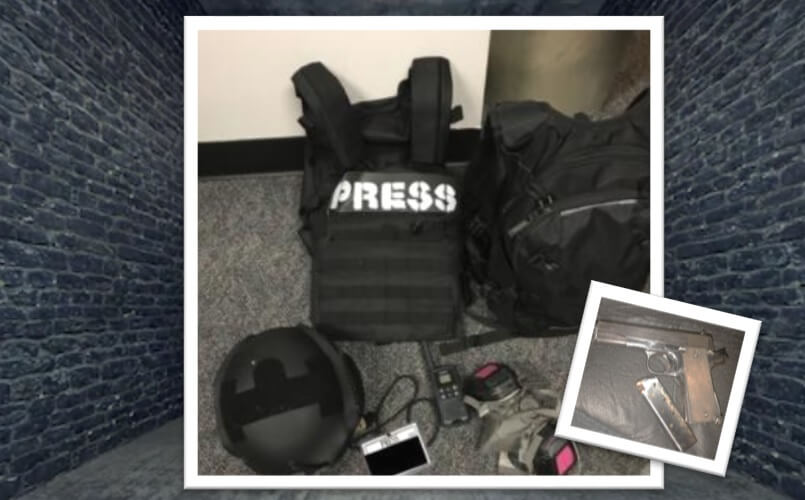 “Officers observed a silver Subaru sedan associated with the gathering driving dangerously in the area and conducted a traffic stop. The vehicle was marked with red cross insignia, suggesting it was being used as an amateur medic transport. Inside the car the officers located a loaded handgun”

“The officers encountered violent resistance. People threw rocks and other hard objects at them. A sergeant was punched in the face and was transported to the hospital for treatment. Five other officers were sprayed with some kind of chemical…Some of those arrested were wearing heavy body armor with rifle plating, were marked with “press” insignia and carrying a “press” pass, and possessed weapons such as knives and OC spray. Another who ran from police and was not caught threw a full sized baseball bat at the pursuing officers.”

As the above press release details, violent Portland protestors are hiding under the cover of medic and press as a way to attack our Portland Police officers.