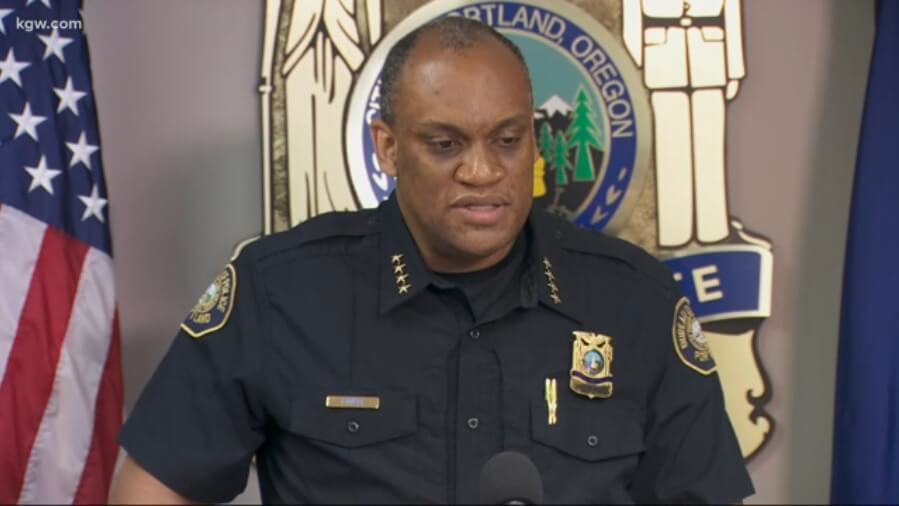 The Columbia Day weekend riot that toppled Portland’s Abraham Lincoln statue, tore down Teddy Roosevelt’s statue, destroyed the entrance to the Oregon Historical Society and bashed a half dozen businesses, was made possible because Portland police did not have the resources,

Portland Police Chief, Lovell, said “We didn’t have quite as many resources” to stop the riot.

Additionally the Police Chief explained that he had officers responding to two different shootings elsewhere and a separate riot at the North Precinct Police Station (yes, Portland had two separate riots in one evening).  Shootings have gone up by nearly 300% in Portland since they disbanded the Gun Response Task Force .  The task force cut was part of the $15 million cut from the police budget due to the de-fund the police movement this summer. When the City of Portland cut the police budget it resulted in the loss of nearly 100 law enforcement staff and personnel.

Various politicians have responded to the increase in shootings and 130 days of rioting, arson and vandalism by rejecting calls for Federal help, rejecting calls for more funding, and asking that Police Officers be stripped of crowd control tools and body armor that they currently use. Governor Kate Brown called for reduced prison times as a way to meet the demands fo rioters.

It is as if someone came up with a recipe for self-destruction and a plan to increase violence and it is playing out in real time in Portland.

The violence will only get worse if we continue to rob our police of the resources they need to do the job we ask them to do.

‘End America’ and other obscenities from the Portland riot