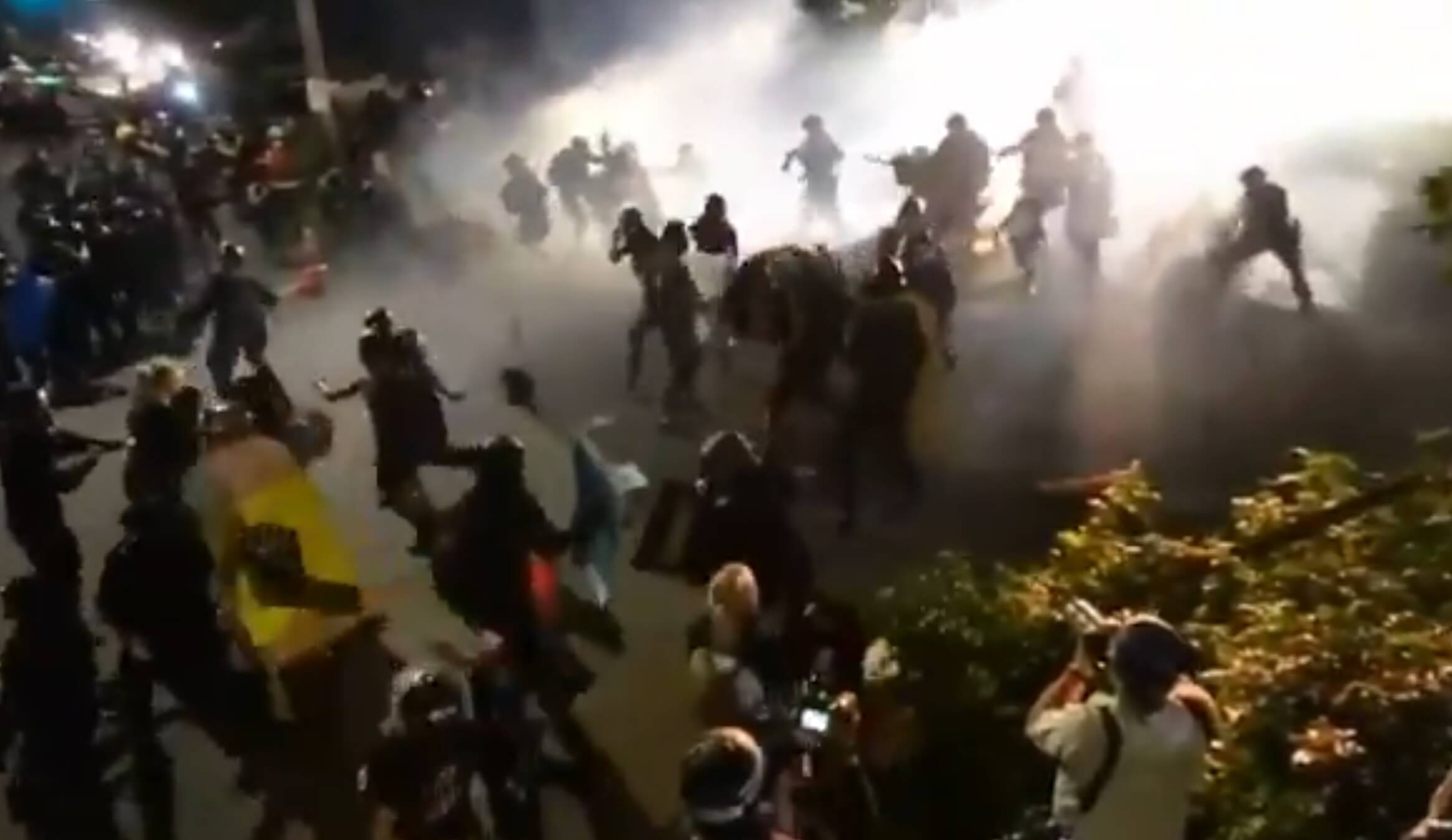 The August 15th riot at Portland’s Multnomah County Sheriff’s Office is a perfect example of how anarchist are getting away with open violence and abusing every good measure of goodwill and de-escalation from Portland Police. It is a symbol of everything that is wrong.

On Saturday night, anarchist and Antifa marched a thousand people from Laurelhurt Park to the Sheriff’s police station.

– This woman sprayed graffiti on a residential fence. 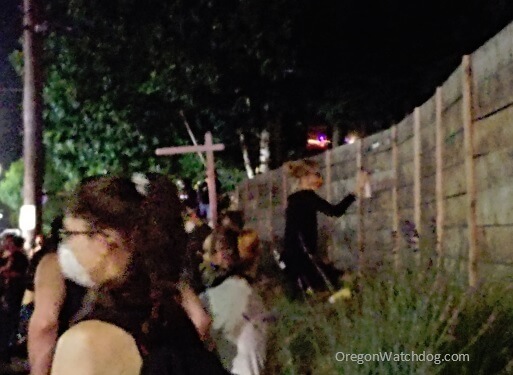 These are the items people thew at the police, sending two officers to the hospital 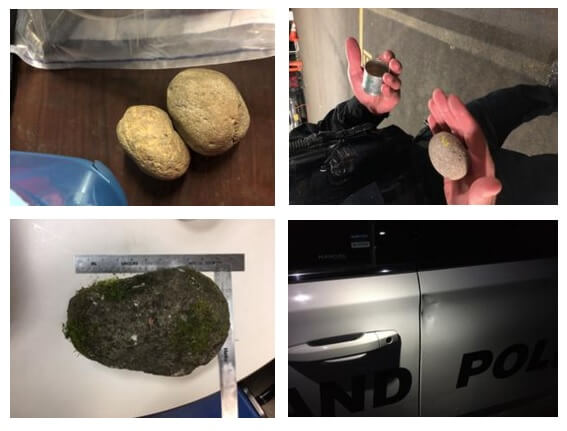 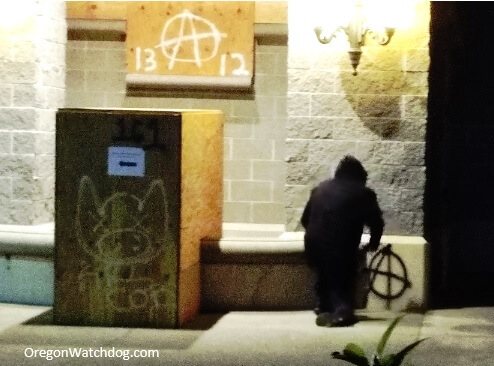 Vandalizing the key lock to the police entrance. 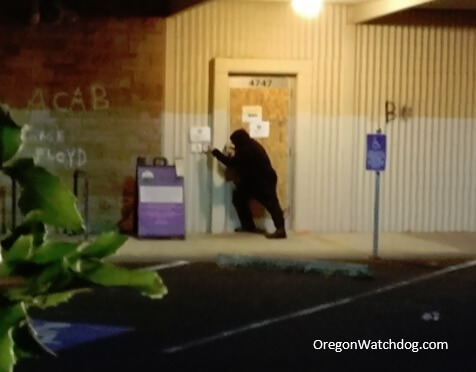 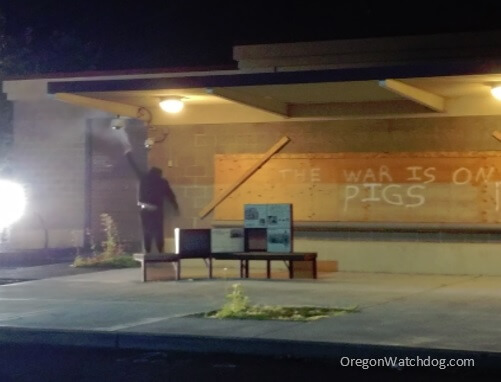 At one point, someone hurled a dangerous firework explosive before the police.

If all that lawlessness was not enough, the protester front line decided to advance 10 feet into the police property and stake a new foothold (and make it easier to hurl dangerous objects at police).

For most of this public display of destruction and anarchy the Portland Police showed upmost restraint and barely ever used their loudspeakers. They were amazingly quiet and non-escalating for much of the night. It was only after the protesters rapidly increases their attacks, vandalism and advanced threateningly on their property that the scene was declared a riot and police began to disperse the crowd.

That evening you can hear one of the protester loudspeakers blare a message “You are violating our first Amendment right to assemble”.

As a witness to the event, the Portland Police acted with the highest respect and restraint, whereas protesters were on a law-breaking marathon to see how much public and private harm they could squeeze into a night before Police would be forced to respond.

Disclaimer: Not everyone who protests at these Portland rallies is Antifa, an anarchist or a trouble-seeker. Unfortunately, the people who have over-taken the evening protests which quickly turn into riots have been consumed by these violent elements.