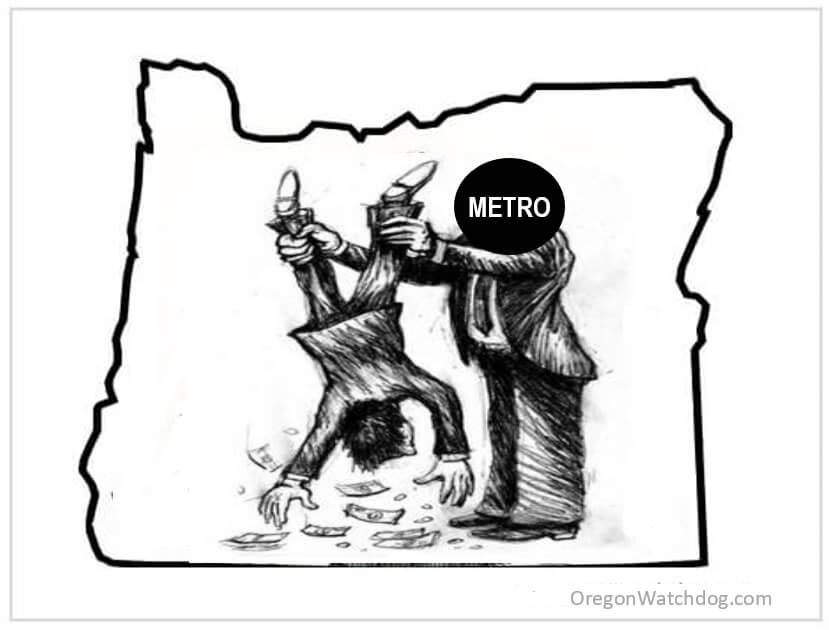 Recent polling has the $5 billion Metro wage tax measure 26-218 failing with only 36% support, making it one of the least liked tax measures on the Oregon ballot in a long time. The failure of this tax is likely to cause Oregonians to take a good hard look at what exactly this giant metro regional government has been up to. Why do they exist? What are they doing with all our tax dollars?

The more people begin to ask questions about Metro, the more they will uncover its devastatingly flawed foundations.

Here are five major problems every voter should know about our Metro regional government, before they hand over one more tax dollar to this growing bureaucracy.

2. Metro costs taxpayers more money than 48 other states, and yet we get worse results. Even though Metro is funded with $669 million to help in part to fix traffic, Metro bureaucrats’ failure has made Portland one of the nation’s top 10 worst cities for rush hour traffic. Metro has contributed to this traffic crisis and congestion by opposing new roads, express lanes, new bridges and highway bypasses.

3. Metro grossly wastes our tax dollars. Metro’s affordable housing project is expected to cost taxpayers nearly $400,000 for each apartment unit. A total of $175 million in tax dollars was wasted planning the Columbia River Crossing bridge that was never built. Metro, state lawmakers, and other officials responsible for the bridge could have built nearly a third of a bridge for the cost they wasted on planning it.

Metro’s hunger for more and more tax dollars is only making them more irresponsible with the tax dollars we already have given them. The more voters look, the more problems they will find. The ramifications of the failure of the wage tax may be bigger than anyone expected, but in the end, their bureaucratic overreach could be a boon for better government.