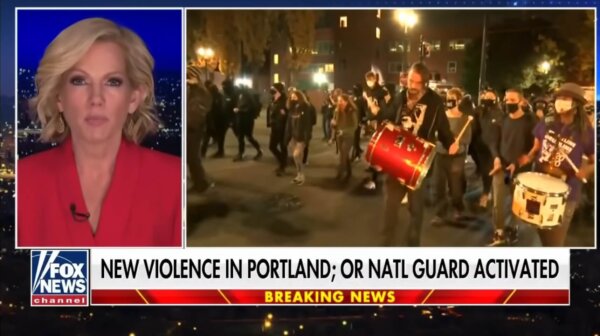 Except for a few days in May, the Oregon National Guard has been primarily unused to intervene in the 140 days of protests and riots in Portland.

During those 140 days, Mayor Ted Wheeler and Governor Kate Brown blamed the riots on President Trump’s “divisive rhetoric”.  They also blamed the riots on the President defending the Federal Courthouse with Federal law enforcement officers as the Courthouse was attacked nightly and even breached whereupon rioters began torching the inside.  Apparently, defending a Courthouse from being burned down is a controversial action causing people to riot.

Come election night, Governor Brown enacted a week long emergency order and authorized use of National Guard.  As a result, Over 50 arrests were made on a single night.

After 140 days of government buildings being vandalized and torched, over 100 acts of arson, a homicide, an innocent bystander beating that made news nationally, neighborhood police stations attacked and Molotov cocktails thrown at police, it appears “election night” was the deciding factor to engage the National Guard and restore order to citizens.    It appears that public safety was allowed to burn and people hurt to protect the political reputations of our political leaders.