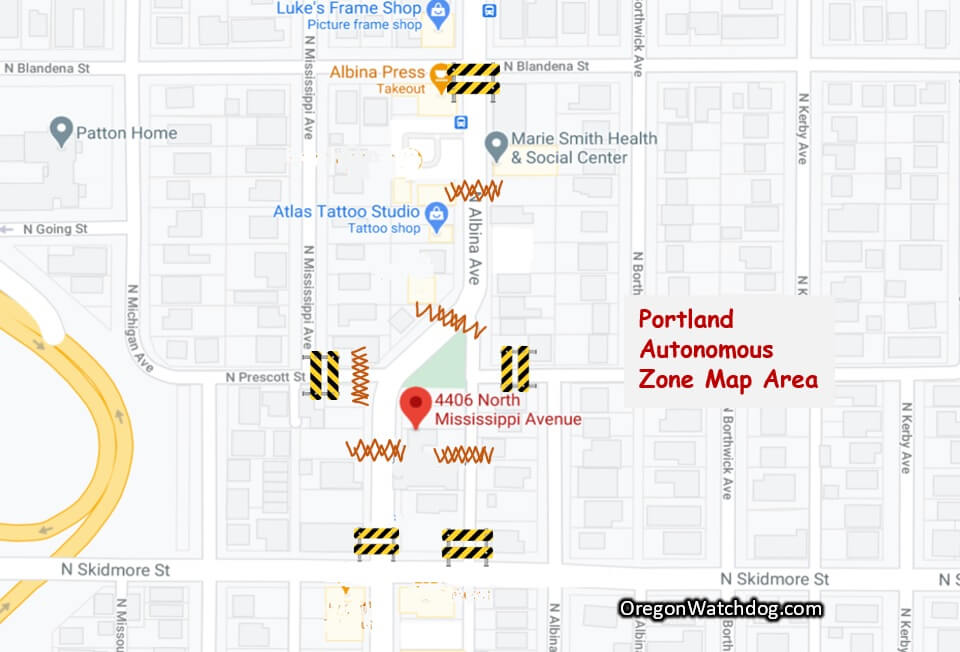 As of yesterday this is the 5-city street block area where anarchist repelled police.  Police came back the next day to clear the area.  Rioters responded by taking it back with increased territory.   As you can see on the map, there are primary barricades (fence graphic) and then there are secondary barricades (zig-zag graphic).

There are apartments, houses and small businesses trapped in the riot autonomous zone.

Both people’s homes and small businesses are boarding up all their windows as seen in this photo below. 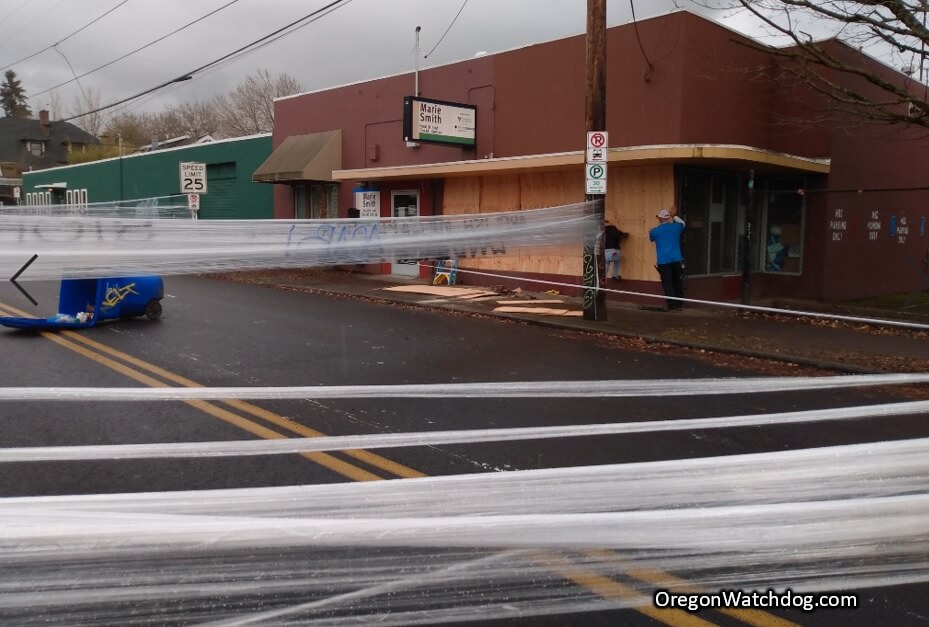 The saran wrap walls are a third layer of barriers in the zone (not represented in the map).

Here is an example of what a typical barricade looks like.  Notice the spiked strip at the bottom. 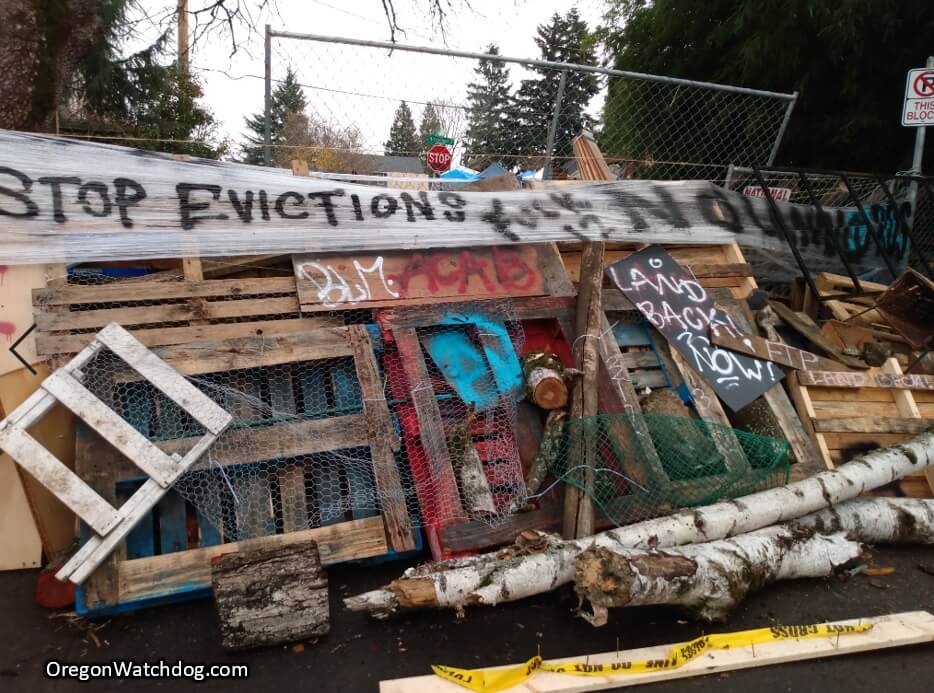 On the map, the red dot represents the controversial “red house” that rioters are trying to protect.

Police have already discovered firearms in the zone when they first cleared it.

Portland Autonomous Zone barricades: Like ones used to kill our troops on D-Day