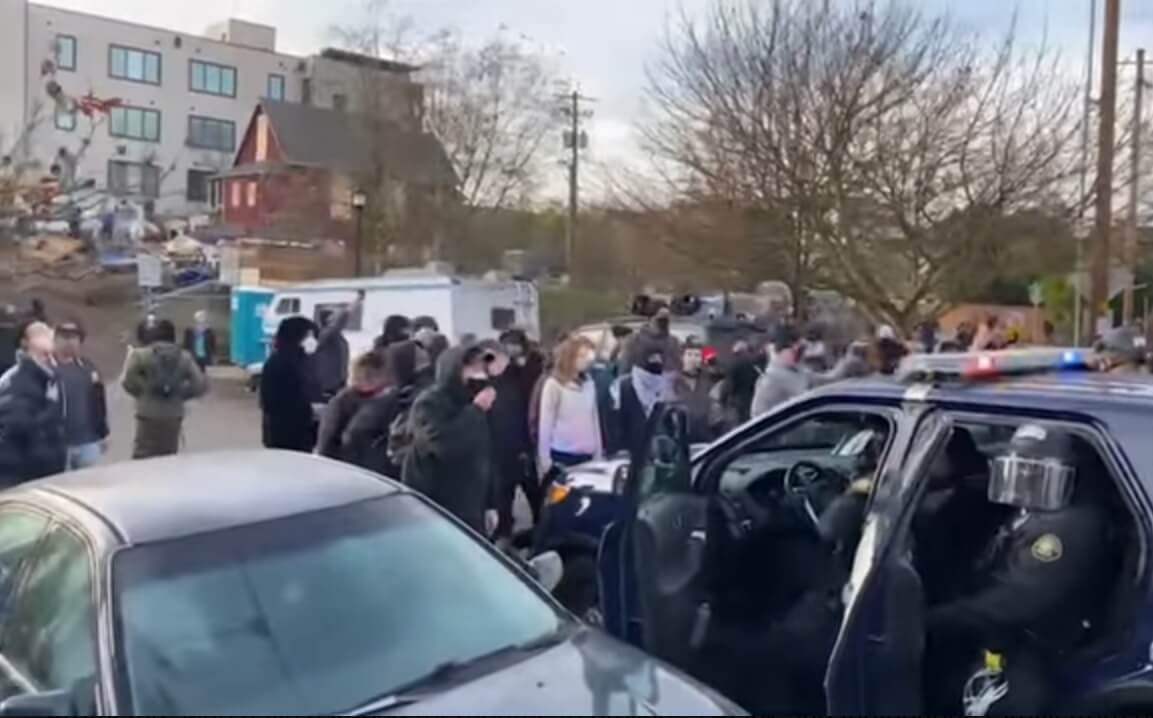 An eviction notice in North Portland has led to squatters, barricades, and another attempt at an Autonomous Zone in Portland. As barricades and fencing went up in North Portland streets, violence erupted and several protesters were arrested. The Portland Tribune referred to the protest as a new chapter in the city’s uprising. On Tuesday, several hundred black bloc protesters forced Portland Police to retreat for their own safety.

Major barricade up at Albina Avenue in Portland.

Albina was once the heart of Portland’s Black community, but gentrification has displaced most of the original community pic.twitter.com/T40eWh4VIX

Dubbed “The Red House,” the property on North Albina Avenue has become a flashpoint for antifa and BLM protesters. The house was foreclosed and sold at auction. The minority family living there has refused to vacate. Now, anti-gentrification protesters have created a new Autonomous Zone and chased Portland Police out. A dramatic video shows Portland officers in riot gear covered in paint and being hit with projectiles, while their vehicles have their tires flattened as they attempt to retreat.

In the video, protesters can be heard shouting, “Get the f*** out of my town!” and “Take to the streets and f*** the police!”

Fencing and barricades have now been erected in the streets and around the house, and hundreds of protesters have descended to occupy the zone and protest what they perceive as gentrification. Many protesters are clad in black and have body armor, much like the black bloc protesters of antifa and anarchists that besieged the Justice Center in downtown Portland for much of 2020. 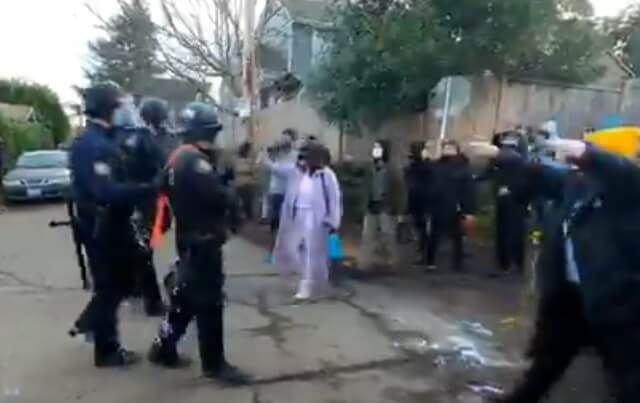