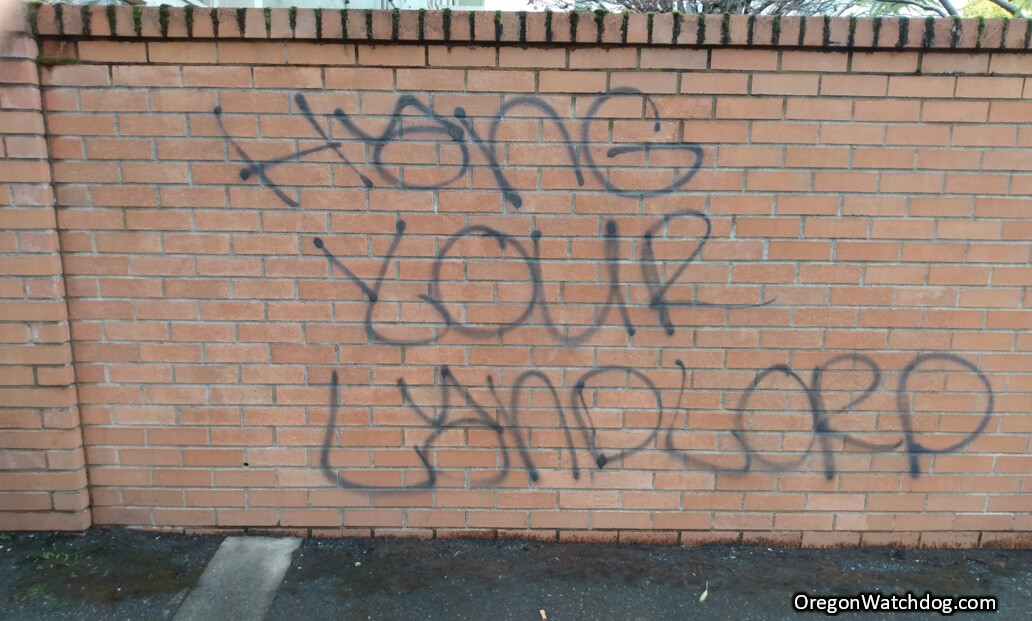 Some of the common messages within the Red House Autonomous Zone, a 5-street area overtaken and barricaded by anarchists, is of extreme vengeance and violence against landlords.

Several messages called for the execution of landlords. 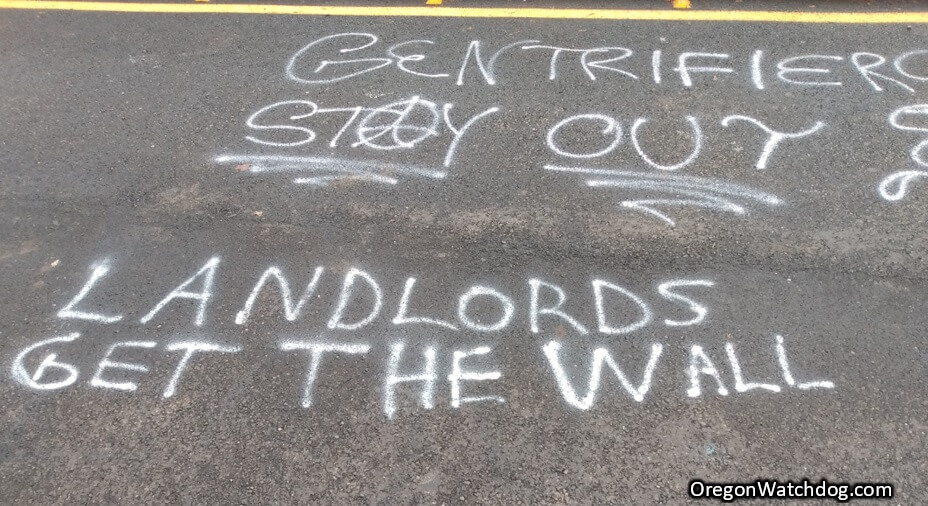 Others called for all evictions to cease. 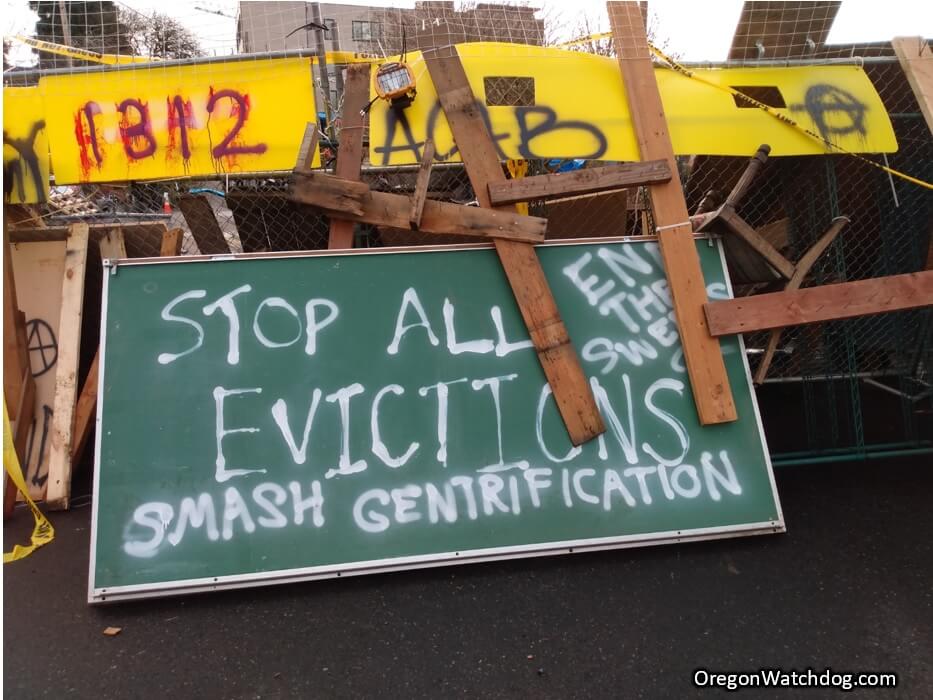 One can see how hard it is to pay rent in Portland when Portland liberal politicians spike property taxes by billions of dollars and then simultaneously vote to approve billions in higher income taxes, gas taxes, sales taxes and wage taxes.   Yet liberals don’t blame predatory taxes which drive people out of their home, instead they demonize landlords, and Portland protesters take it a step further by making death threats.

Furthermore, how are people supposed to stay in their homes if you wipe out their source of income through government shutdowns — shutdowns that are inflexible, more restrictive than most states for the entire year, and crafted behind closed doors.