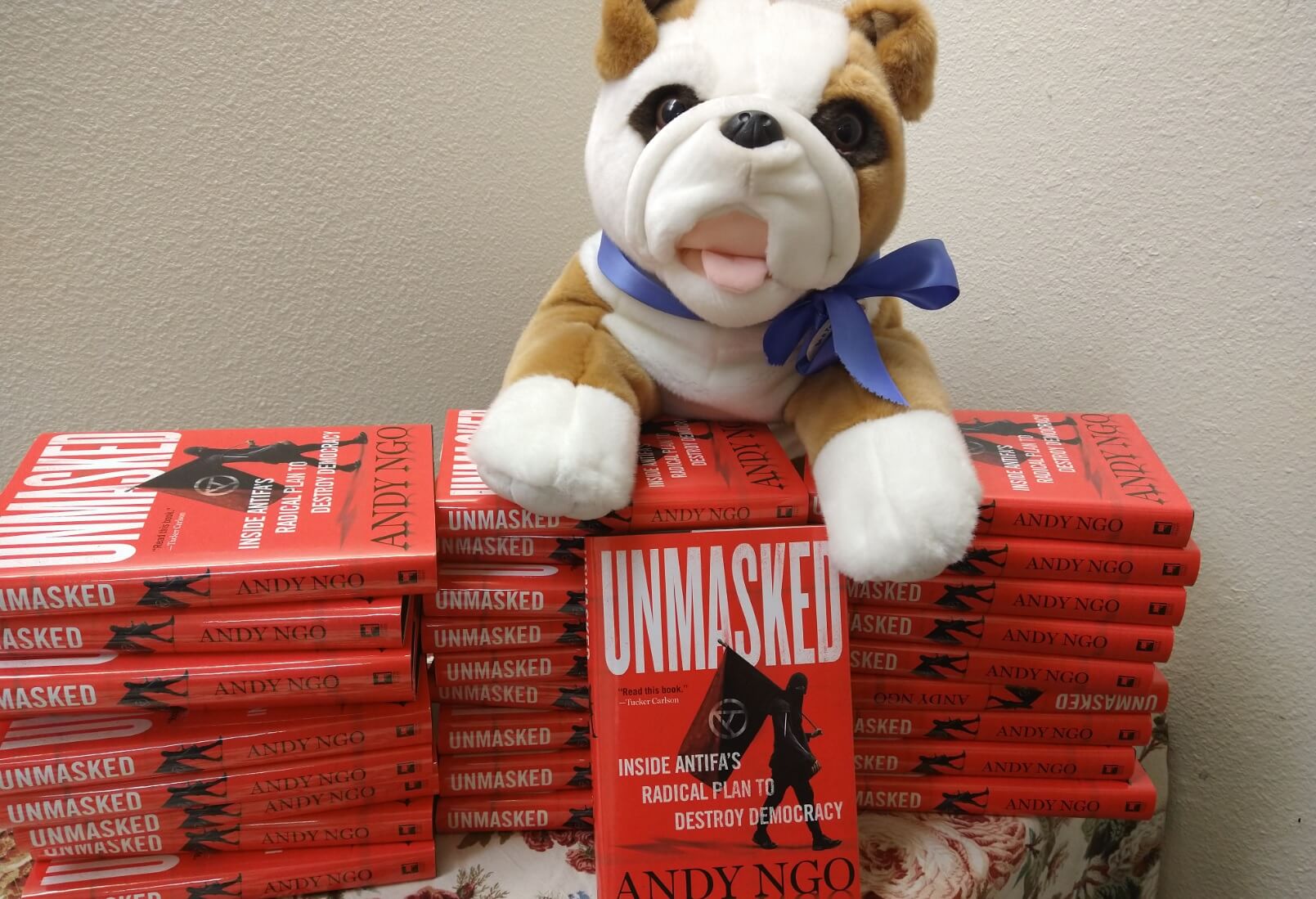 The Taxpayer Association of Oregon (and our OregonWatchdog mascot) bought the maximum order limit (30) of Ngo’s book, Unmasked, from Amazon, and re-ordered another set this week, so we can pass this critically relevant book on to our supporters and various community leaders.   This is the book that unruly protesters shut down Powell’s book over and harassed the store enough that they pulled it from their store shelves.

I read it this weekend and found it to be an authoritative textbook on this very organized political movement called Antifa their efforts to undermine Capitalism, attack free speech, weaponize political violence and even work to defund and destroy our law enforcement institutions.

Here are some interview segments by Andy on his book,

Rarely in our lifetime have we seen such an attempt to kill the messenger (public attacks, death threats) and to kill the messenger’s book through modern day book banning, as we have with fellow Oregonian Andy Ngo.   He has become a living symbol of free speech and liberty and we must protect his right to speak and heed the alarm bell he is ringing.